Brad gets 2016 underway with a superb second in Qatar 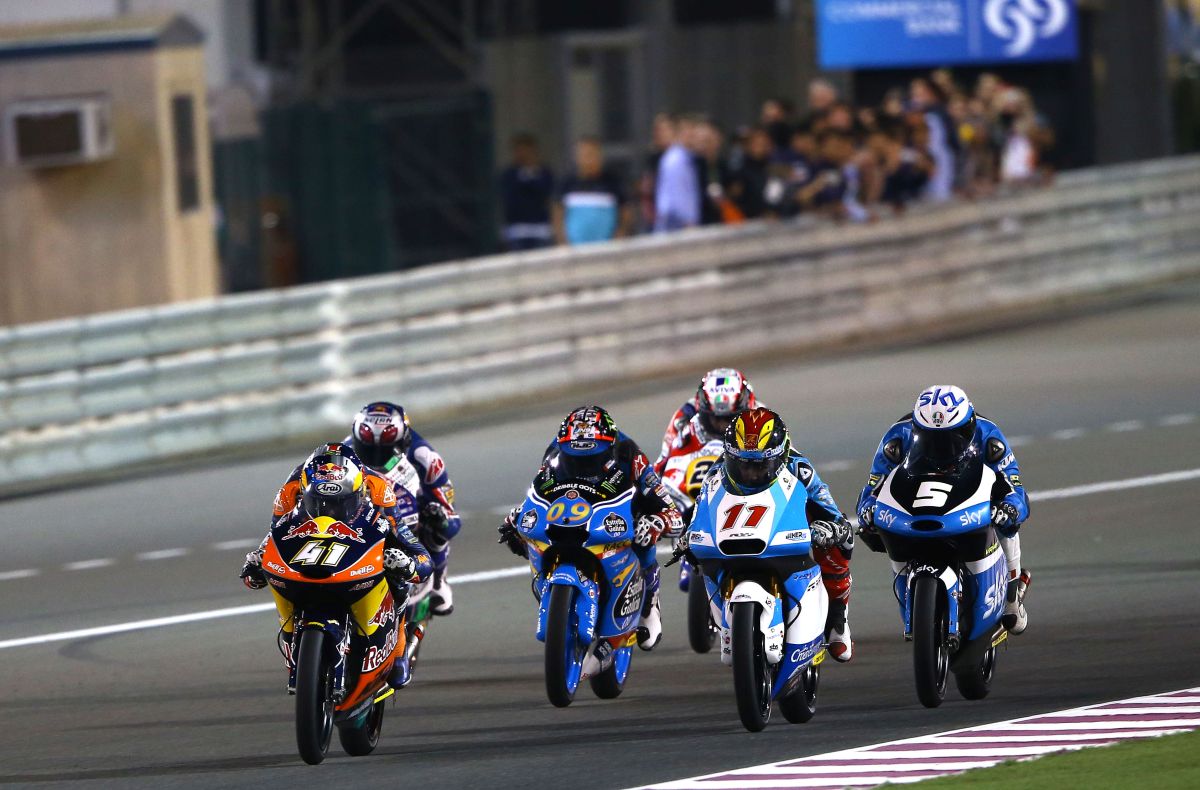 The Moto3 World Championship season got underway this Sunday with the first race of the year in Qatar. There were great results for Red Bull KTM Ajo, as the team took their first podium of 2016 thanks to Brad Binder’s second place finish, and a fourteenth position for teammate Bo Bendsneyder.

Frantic overtaking typical of Moto3 was on display at the Losail International Circuit, and Brad Binder performed excellently throughout the 18 laps. Starting from the second row, the South African was third after Lap 1 and led the race after the next time around.

It was a position he was reluctant to give up at the head of a six-rider group, riding at a strong pace. He would fend off attacks on the final two laps, but a slipstream on the home straight saw him beaten to the chequered flag by just 0.007s.

Next up for the Moto3 World Championship is Round 2 of the season, which takes place in two weeks’ time at Termas de Rio Hondo, Argentina.

41 BRAD BINDER
“It was a race in which I was leading the group on almost every lap to try to take the victory. On the final laps I tried to ride the best line in order to keep my position and see if I could get some luck on the final straight. I pushed very hard but it was very tough as the straight is very long. I had to keep on the gas, and I gave my all, but it wasn’t to be. I’m happy with this first podium and with the work done by the whole team this weekend. I want to thank them for that. There is a long season ahead, there are many races and a second place to start the season is fantastic.”