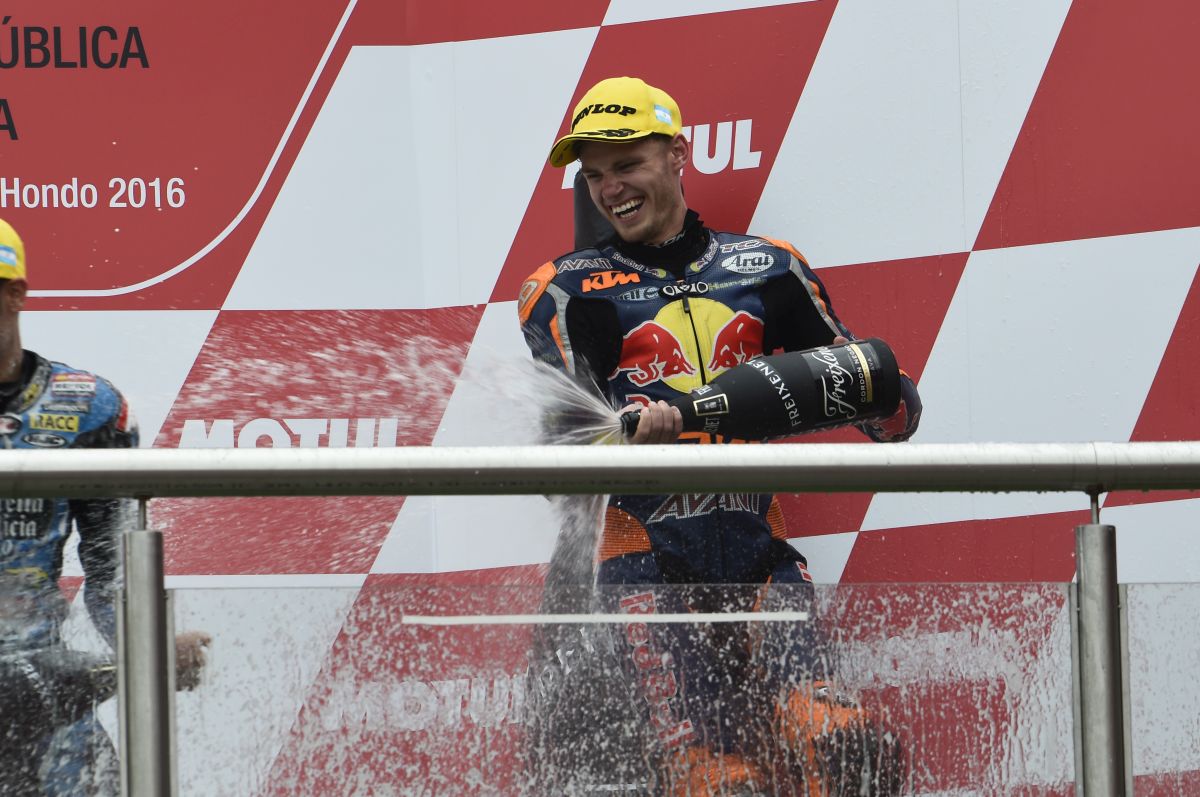 Brad Binder took a second consecutive podium from as many races in the 2016 season, with third place in Argentina. The Red Bull KTM Ajo rider was able to tackle a tricky damp track at the Termas de Rio Hondo circuit, claiming third place on the rostrum on the final lap.

After two hot days in Argentina, Sunday morning saw rainfall that complicated matters for the Moto3 World Championship field. Despite the race being declared wet, most riders went out on slicks -as was the case with the Red Bull KTM Ajo pair. From the early stages, Brad Binder was part of a first large group the fight for fourth place, but was always at the head of the pack. Late on, a crash from another rider on the final lap allowed him to complete the contest in third.

Binder’s third place today, added to his second place in Qatar at the season opener, give the South African the lead in the overall standings with 36 points.

41 BRAD BINDER
“Before starting the race I talked to Aki [Ajo] and he told me that whatever I did, I should not throw away points. At first it was difficult, but I was very careful. As the laps went by I tried to push a bit more, although there were some times when it was tough with the bumps that this track has. Later I tried to keep on the dry racing line and decided to settle for fourth. I stayed focused and kept looking to get the clean line. On the last lap a crash from another rider put me onto a podium that I was not expecting to feature on today. We have taken the lead in the World Championship, which doesn’t really have much importance after two races, but it means the whole team are doing a good job. We hope to continue in the same way in Austin.”