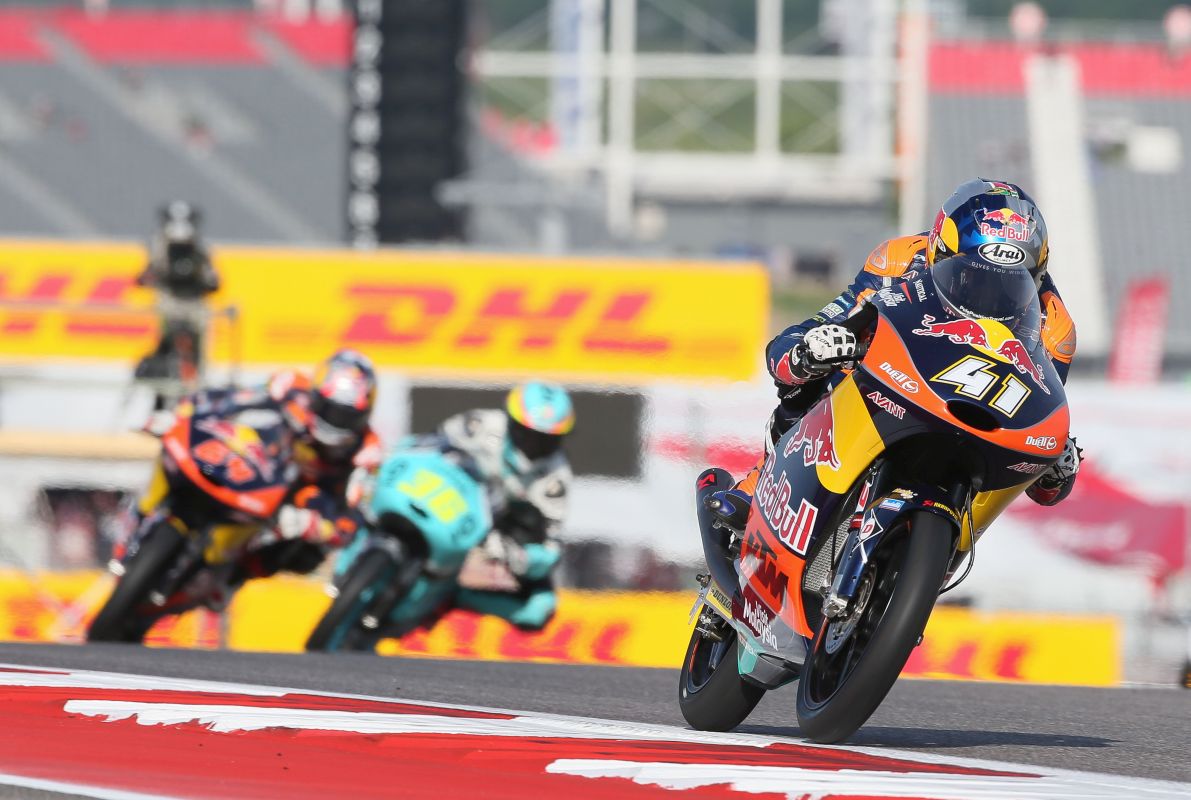 Brad Binder claimed a third consecutive podium of the season with third place at the Red Bull Grand Prix of The Americas, coming through on race day despite seemingly not being as strong as at the opening two rounds of the season.

The Red Bull KTM Ajo rider showed that he always saves his best for Sunday and, after riding in fifth for most of the race, the South African gained two places on the last three laps to finish on the podium. He remains the leader of the Moto3 World Championship after Round 3.

Starting from the fourth row of the grid, the race was not an easy challenge for Brad Binder. He moved up five positions in the first sector of the first lap, then slotted in behind Fabio Quartararo as the two mounted an assault on the podium places.

Despite being slightly separated from the Top 3 with 8 laps remaining, a mechanical problem for another rider enabled him to gain a position. However, the Red Bull KTM Ajo rider would not settle for fourth, and hunted down Philipp Oettl to pass him at Turn 12 of the last lap.

After two back-to-back races, the Moto3 World Championship will take a week off to travel to Europe. The next round takes place on April 22nd when the Red Bull Grand Prix of Spain gets underway. Brad Binder arrives there as leader, with a total of 52 points. Bendsneyder is twenty-third with 2 points to his name.

41 BRAD BINDER
“Throughout the weekend I thought I would not be so lucky in today’s race. We had a good feeling with the bike from the beginning, and I was able to ride comfortably. When there were 8 laps remaining, I wasn’t sure about what to do, because I saw that I could not keep up the pace of Quartararo and Oettl -so I suffered until the end. Everything changed when I saw Fabio begin to have problems and that Phillip was not going so strongly anymore. I didn’t want to push completely, but wanted to be consistent and cut the gap. In the end, on the last lap I managed it and took a third consecutive podium. I want to thank the whole team and hope that we can continue the same in Europe.”