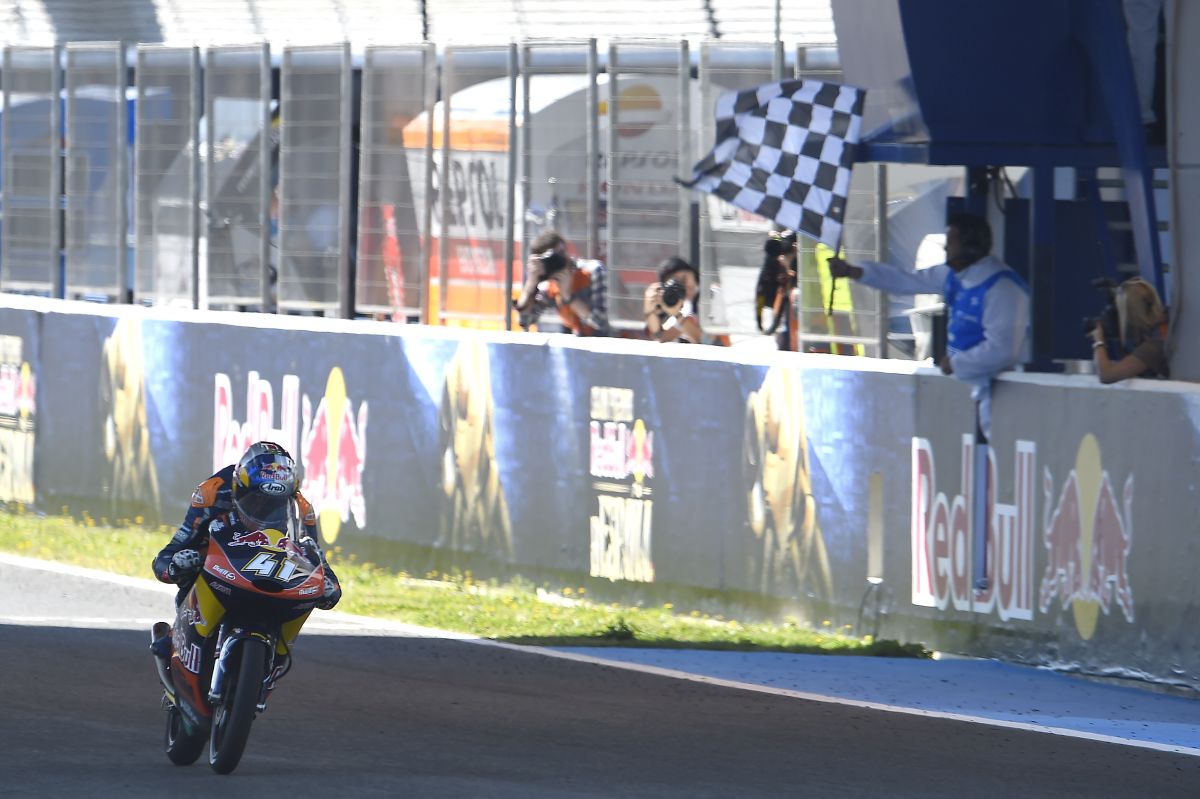 Brad Binder claimed his very first Moto3 victory at the Red Bull Grand Prix of Spain, and did so in spectacularly unexpected style. Due to a penalty given to him by Race Direction, the Red Bull KTM Ajo rider began from last on the starting grid -35th-, but was able to pass the entire Moto3 field to cross the finish line first at Jerez.

Binder was required to make a strong start if he was to overcome the odds on raceday, and the South African did just that. In two laps, he had gained 19 positions; by Lap 6, he was up into the Top 10. With a pace in the 1:47s, he continued to move his way up the order and caught three riders who had escaped at the front at the halfway mark. With 6 laps remaining, Binder took the lead and broke away for the win.

Brad Binder is the first ever South African to win a Grand Prix in the lowest cylinder class, and the first from his country to win a Grand Prix in any class since Jon Ekerold won the 350cc race at Monza in 1981. The victory also allows him to increase his lead in the overall standings to 15 points. Bo Bendsneyder lies 25th in the table, with 2 points.

41 BRAD BINDER
“I had imagined that my first victory would be difficult to achieve, but I didn’t think I’d get it from last on the grid. I knew there was a possibility of doing this, because I have been very strong all weekend, but actually managing it was incredible. I am very grateful to my parents, Red Bull KTM Ajo and Aki [Ajo]. It’s a great day for me, for my country and I hope for many more people as well.”