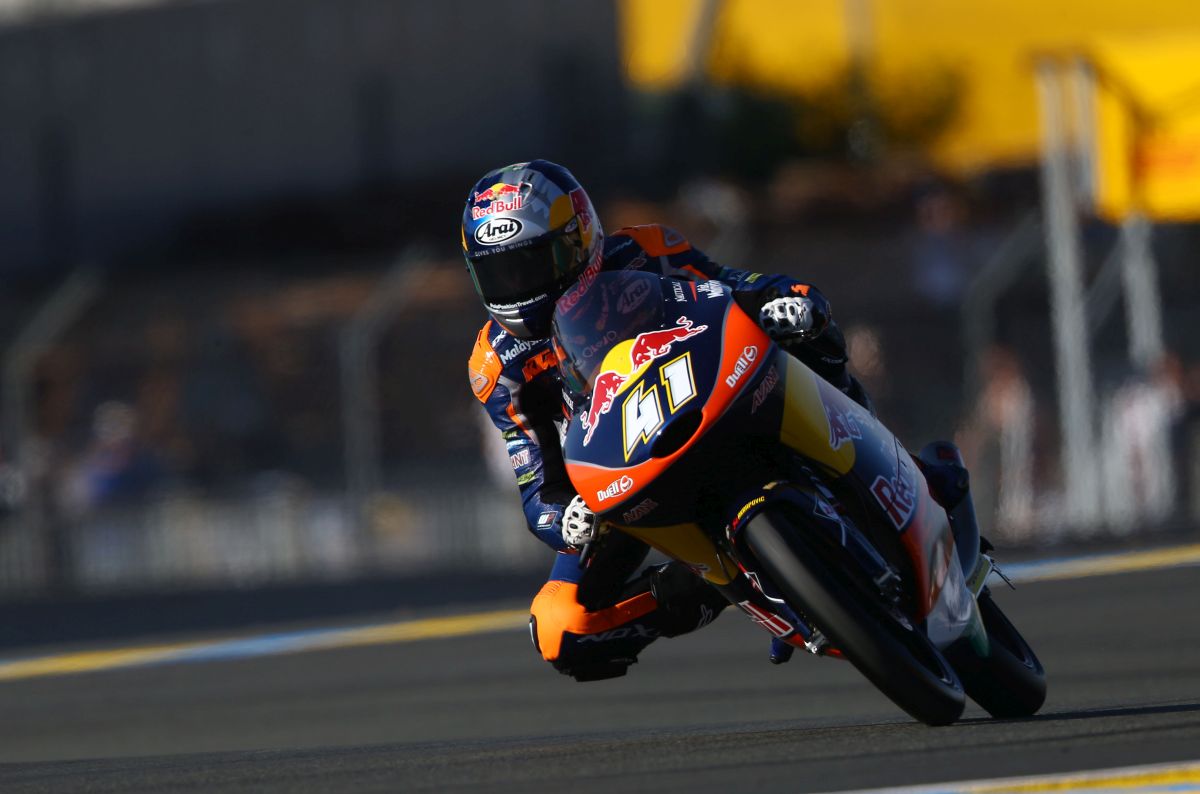 Brad Binder added a second victory to his account for the season at the Moto3 French Grand Prix, besting all comers at the legendary Le Mans circuit.

The Red Bull KTM Ajo rider, who started from second on the grid, still has a perfect record of podiums from the opening handful of races this year: This weekend’s result adds to second place in Qatar, third in Argentina and at Austin, and a win at Jerez two weeks ago. Binder continues to lead the overall standings in the Moto3 World Championship.

Binder set a strong pace from the start, and by the end of the first lap had already taken the lead. Over the next few laps, the Red Bull KTM Ajo rider maintained his spot in a close fight with Romano Fenati, who got past him on Lap 7. From that moment, with a group of four riders dicing for victory -Fenati, Jorge Navarro and Aron Canet-, there was a constant exchange of positions until Lap 22, when the South African got in front for the final time and held onto the lead until the chequered flag.

With this second victory, Binder is the World Championship leader with 102 points, 24 more than nearest rival Navarro.

41 BRAD BINDER
“Today has been a very good day for me; I am very happy to have got another win. That’s two in a row, as well as placing on the podium at every race so far this year, which is fantastic. I enjoyed the victory today more than the first one, because I didn’t really take in what happened at Jerez until two days later. I tried to pull away, but I saw that today that would not be possible. I knew that if I pushed really hard on the last lap, I could brake a little harder and close the lines well enough to not give anyone a chance of passing me. When I overtook Fenati, I set up my exit from the corner before the straight. I saw the opportunity to pass, and I took advantage of it. My intention was to overtake on the main straight, but when I saw the opportunity I closed the door and got this second victory.”