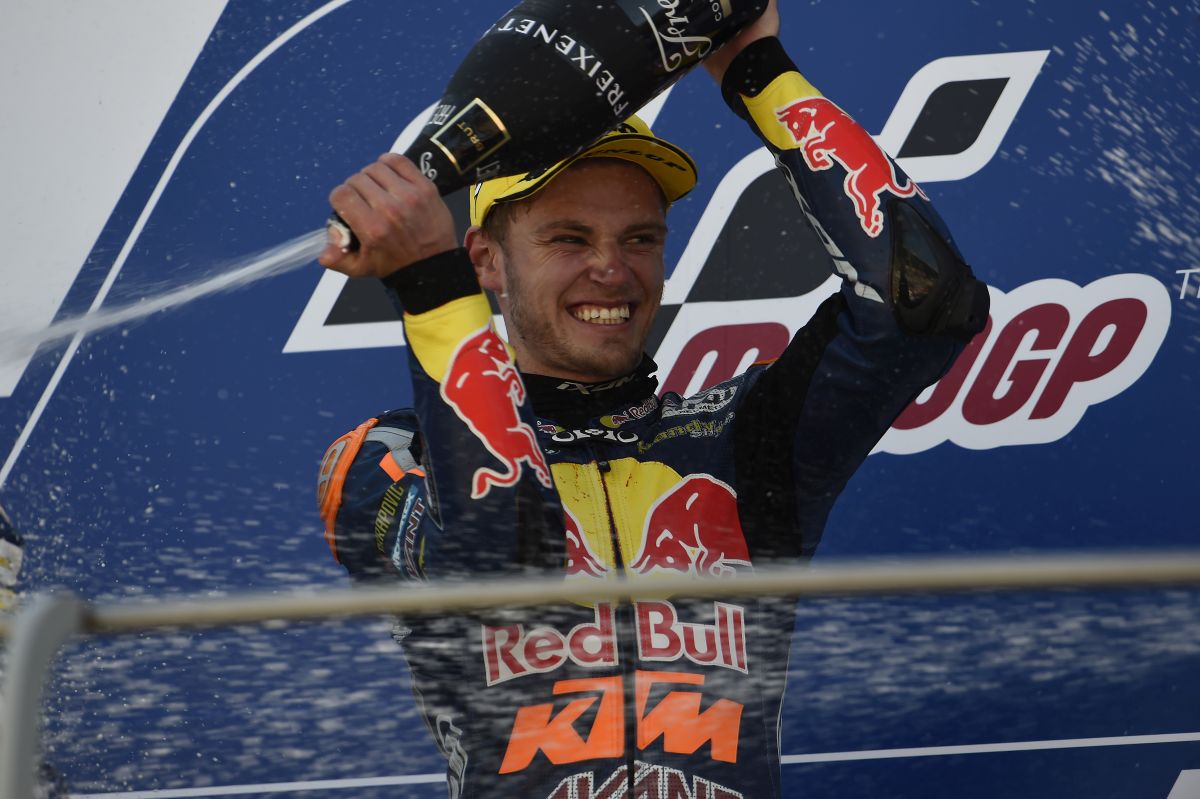 Brad Binder showed excellent racecraft in a difficult, exciting Italian GP, taking his third consecutive win. The Moto3 race at Mugello saw a group of 21 riders finishing within less than 5 seconds of each other, and it was Binder who judged it best. The South African read the slipstream on the home straight to perfection, claiming his first podium at Mugello with his latest victory.

Starting from the second row, the Red Bull KTM Ajo rider was permanently at the head of a large group. Binder employed a great strategy and on the last lap took the lead, setting a pace that no one could match. Despite exiting the last corner in the lead, he prevented any rival from catching a tow and crossed the finish line first.

A third straight win for the South African, it is the first time anyone from his country has achieved the feat since 1979.

With this victory, Brad Binder extends his gap in the World Championship to 49 points. Bendsneyder is twenty-fifth with 2 points to his name.

41 BRAD BINDER
“Today’s race was absolutely crazy, because we were exchanging positions all the time and it was very difficult to plan a strategy. It was even dangerous at times, when we had so many riders at the end of the straight taking advantage of slipstreams. On the last lap I saw that I could get to the front of the group and reach the leader, and so I did that. It’s fantastic to win again, and extend my run to three in a row. I cannot thank my team enough; they gave me the best bike possible today. This weekend was not easy, but with the experience of the team, who have won here three times in the last four years, we had an excellent bike for the race. We are still only six races into the season, so it’s not time to look at the standings just yet.”