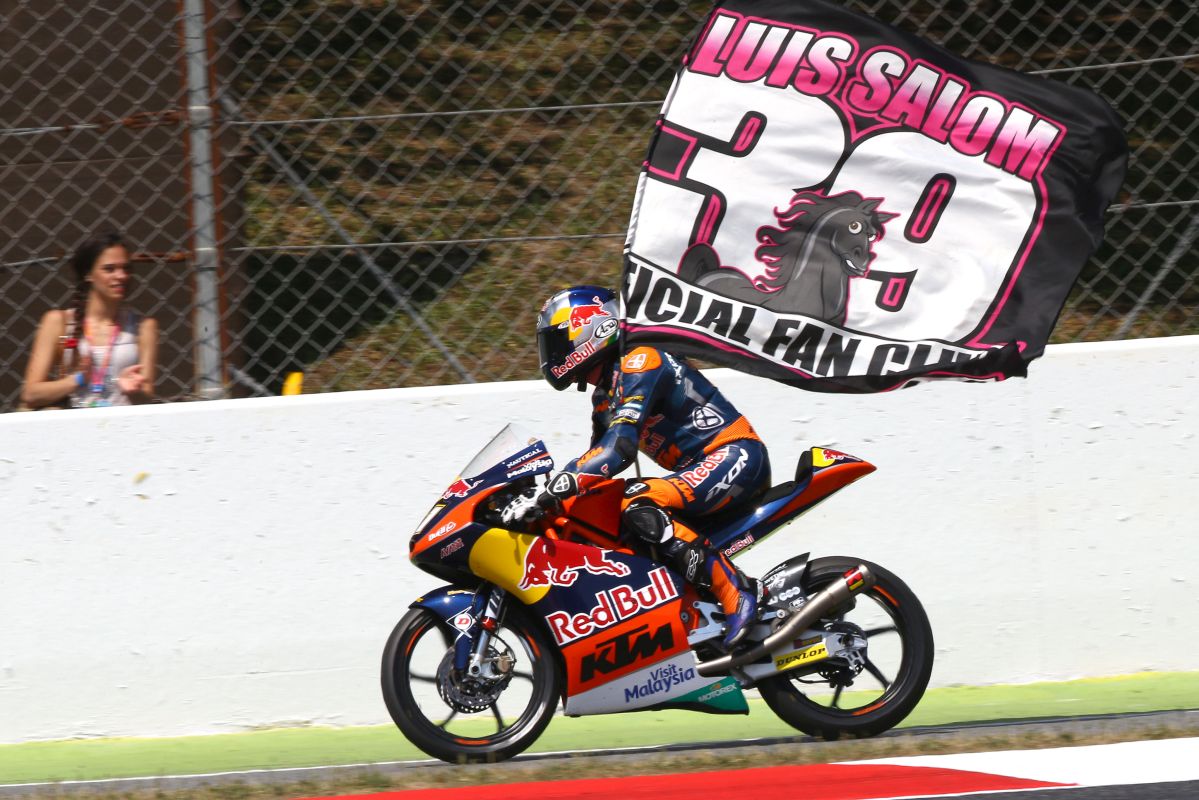 A very difficult weekend for the Red Bull KTM Ajo team and the entire MotoGP paddock concluded on Sunday at the Barcelona-Catalunya Circuit. The world of motorsport had been rocked by the tragic death of the team’s former rider Luis Salom on Friday, but the decision was made to continue with the race in his honour.

The seventh Moto3 contest of the year finished with an emotional second position for Brad Binder, and teammate Bo Bendsneyder took his best result so far this season with eleventh place.

A good start allowed Brad Binder to maintain the lead, but there was the typical cluster of Moto3 riders at the front on the opening laps. The Red Bull KTM Ajo rider was able to keep up with the group and led for much of the way, before contact with another rider left him down in eighth with 4 laps remaining. However, the South African gritted his teeth and fought his way back through the pack, crossing the finish line in second position.

With his second place at the Catalan GP, Binder extends his run of consecutive podiums to seven and remains the Moto3 World Championship leader with 147 points. He is 44 points clear of his nearest rival. Bendsneyder rises to 23rd in the standings with 7 points to his name

41 BRAD BINDER
“The important thing today was not the result, but paying tribute to Luis [Salom]. It has been a hard weekend for me and the whole team. We took another podium, which is very valuable after being down in eighth with four laps remaining. I was able to fight back and set my best times on the last two laps, allowing me to keep adding points to my tally and claim a seventh podium. If I had not made contact with another rider, then I think I could have been up there fighting for the win, but that’s the way it went. It is not a time for celebrations today.”