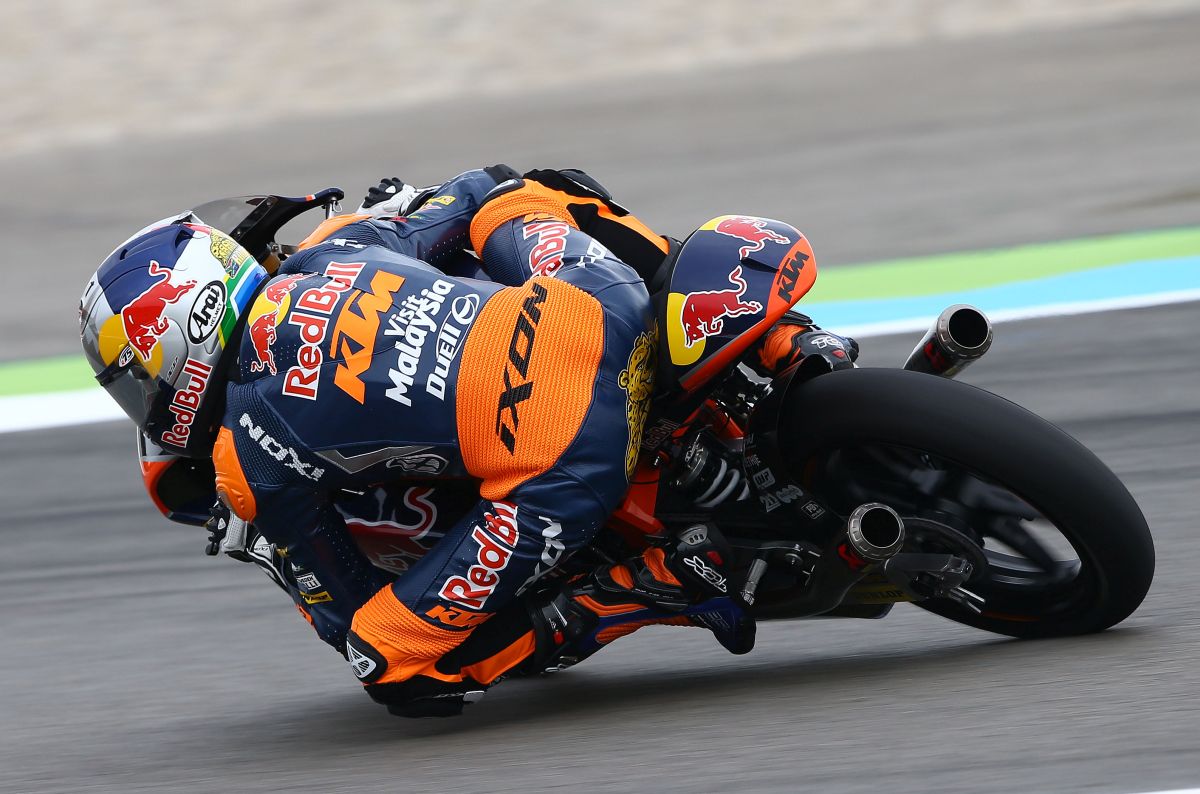 Moto3 World Championship leader Brad Binder ended the Dutch GP with his advantage in the lower cylinder class increased further, despite a run-off leaving him in twelfth place in the race. The Red Bull KTM Ajo rider added 4 points to his overall tally, helped in part by the absence of his closest rival from the event.

A large leading group contested the top spots from the start at Assen, with Binder always amongst them. The South African was inside the Top 4 until a mistake with seven laps remaining saw him run off track. Rejoining the race in 13th, he gained one place before the chequered flag.

Brad Binder leads the Moto3 standings with 151 points after 8 rounds, and holds a 48-point advantage over his closest rival. The next round for the Moto3 riders is the German GP, held at Sachsenring on July 17th.

41 BRAD BINDER
“At the beginning of the race everything went according to the plan we had devised, but then I went up the inside next to another rider and I run wide. I wanted to recover, but I opened the throttle too early and almost crashed. I had to go through the grass –I almost went into pitlane but a cameraman signalled to me with his arm and I stayed out, which was lucky. Overall things have gone well; it had been a long time for me without making a serious mistake, but these things happen.Unfortunately it happened to me today, when I felt strong and was confident of trying to win the race. I know we’ll be fresh again when we get to Germany. The positive thing about today is that we increased the advantage over the second placed rider, so it’s not been a write-off of a race. Today’s result is better than zero points.”