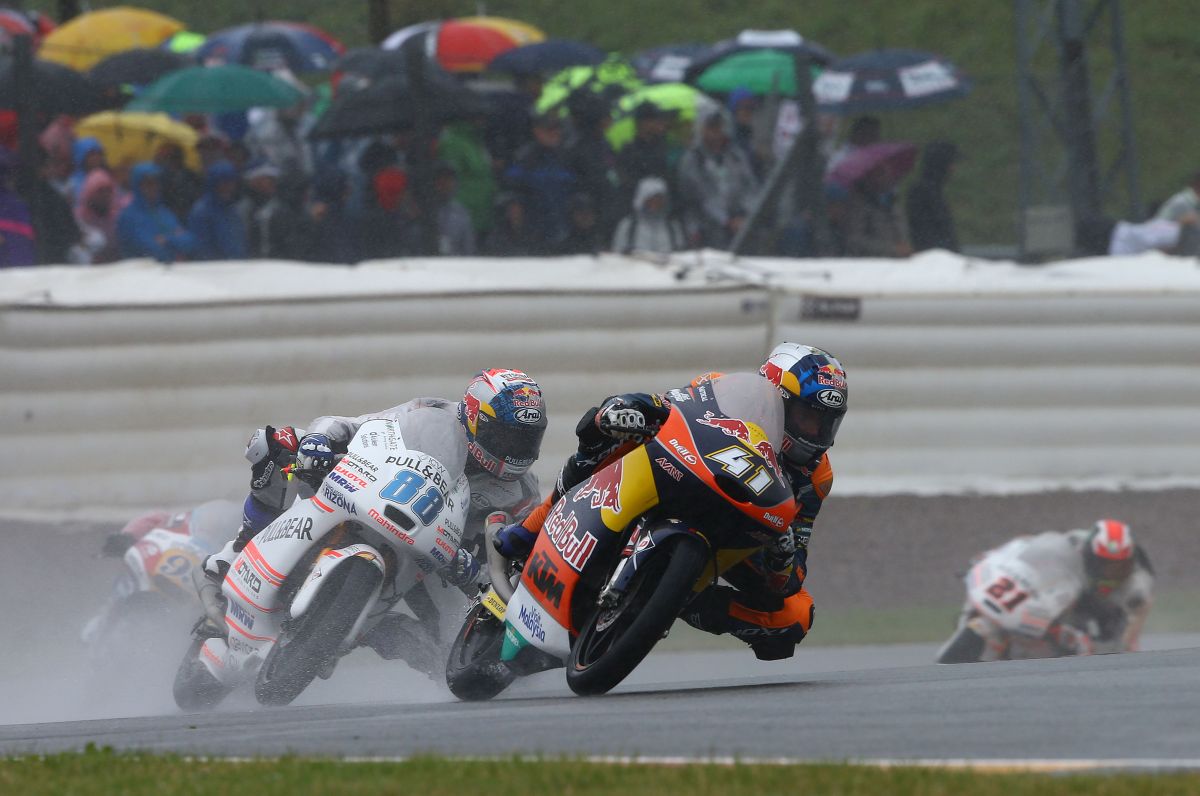 The Red Bull KTM Ajo team took positive results away from a tricky German Grand Prix. In difficult conditions, Brad Binder and Bo Bendsneyder kept cool heads and accomplished their goals on Sunday. Heavy rain from the morning onwards made track conditions treacherous, and Binder did well to add 8 further points to his overall tally with eighth place.

The race began with a lot of water on the track, and the pack quickly spread out as a result. Binder kept among the Top 10, with a steely focus on the title picture, and stuck in eighth position until the chequered flag.

Binder goes into the three-week summer break with a 47-point advantage over his closest rival in the Moto3 World Championship (159 points). The next stop for the series will be between August 12th-14th at the Red Bull Ring circuit in Austria.

41 BRAD BINDER
“Today has been neither very good nor very bad. I felt great in the warmup; everything was working incredibly. In the race itself things were more difficult. Aki [Ajo] told me before the start that I should focus on doing what I know, and not to worry about anyone else. I found it hard to get a good feeling with the rear, and I felt as if it would go at any moment. The positive thing is that I never went over the limit and we were able to finish the race. Obviously I’m not entirely happy with eighth place, but I have only lost one point and that is a lesser evil.”