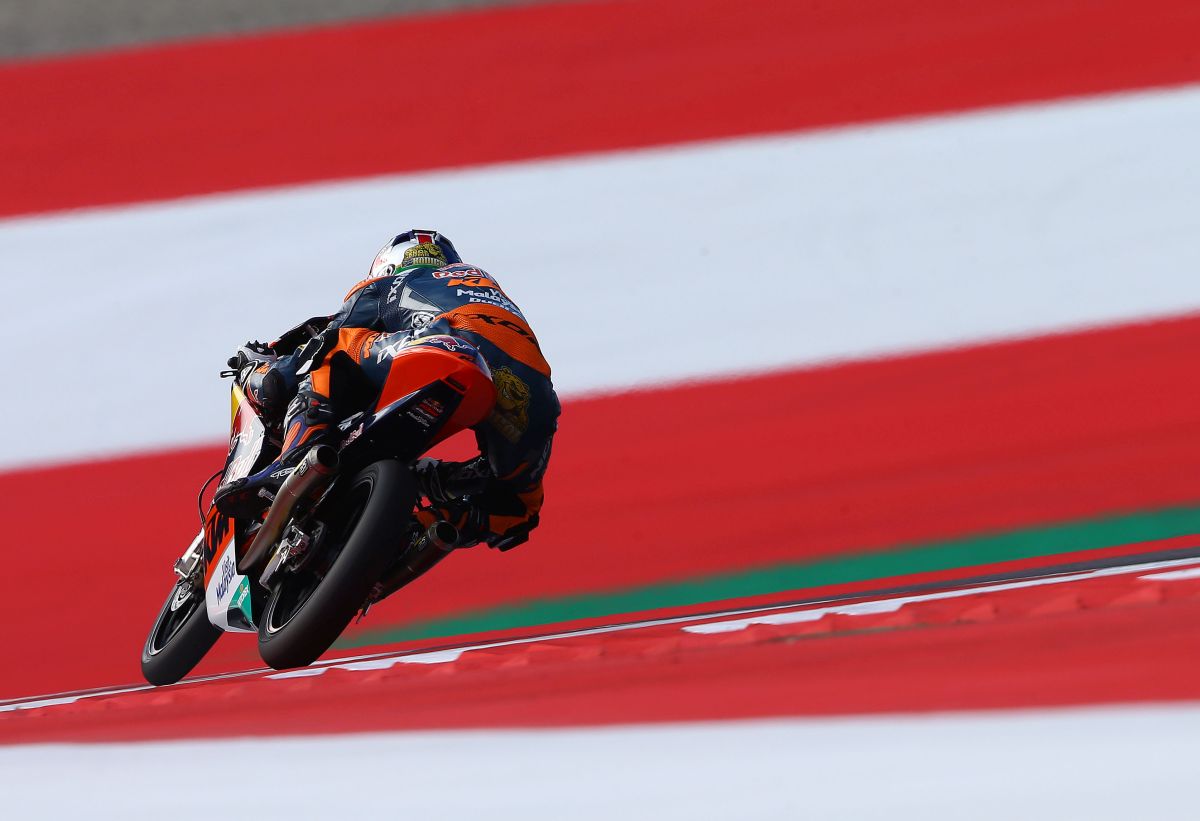 Brad Binder and teammate Bo Bendsneyder both placed in the Top 10 in a thrilling Austrian GP at the Red Bull Ring, with the Moto3 World Championship leader earning a hard-fought second place. Binder was on the podium for the eighth time this season, holding a record of three victories, three second and two third places.

Binder made a spectacular start and had moved into the lead by the end of the opening lap, but was unable to escape from the lead group. The South African controlled the tempo of the race and fended off attacks from his rivals throughout, until passes on the final laps saw him relegated to fifth. He managed to climb to second before the chequered flag with a late charge.

With 179 points to his name and a 67 point advantage over nearest rival, Binder leads the way in the Moto3 World Championship standings. The Moto3 season continues next weekend at Brno.

41 BRAD BINDER
“I’m very happy with how things went today. I was close to throwing everything away, because I went wide a couple of times on the final laps, but I was able to regain contact with the group quickly. Today I had a strange feeling with the bike and it did not let me go as fast as during the rest of the weekend. On the last lap I felt strong and I tried to overtake Mir, but I went a little wide and I had to pass Bastianini as well. I’m sorry, because it was a bit of a hard move, but I wanted to try and win. To finish second here is amazing. Regardless of what others do, I always try to win as if it were the first race. I think I have nothing to lose and everything to gain.”