Brad crashes out of the lead in chaotic Czech GP 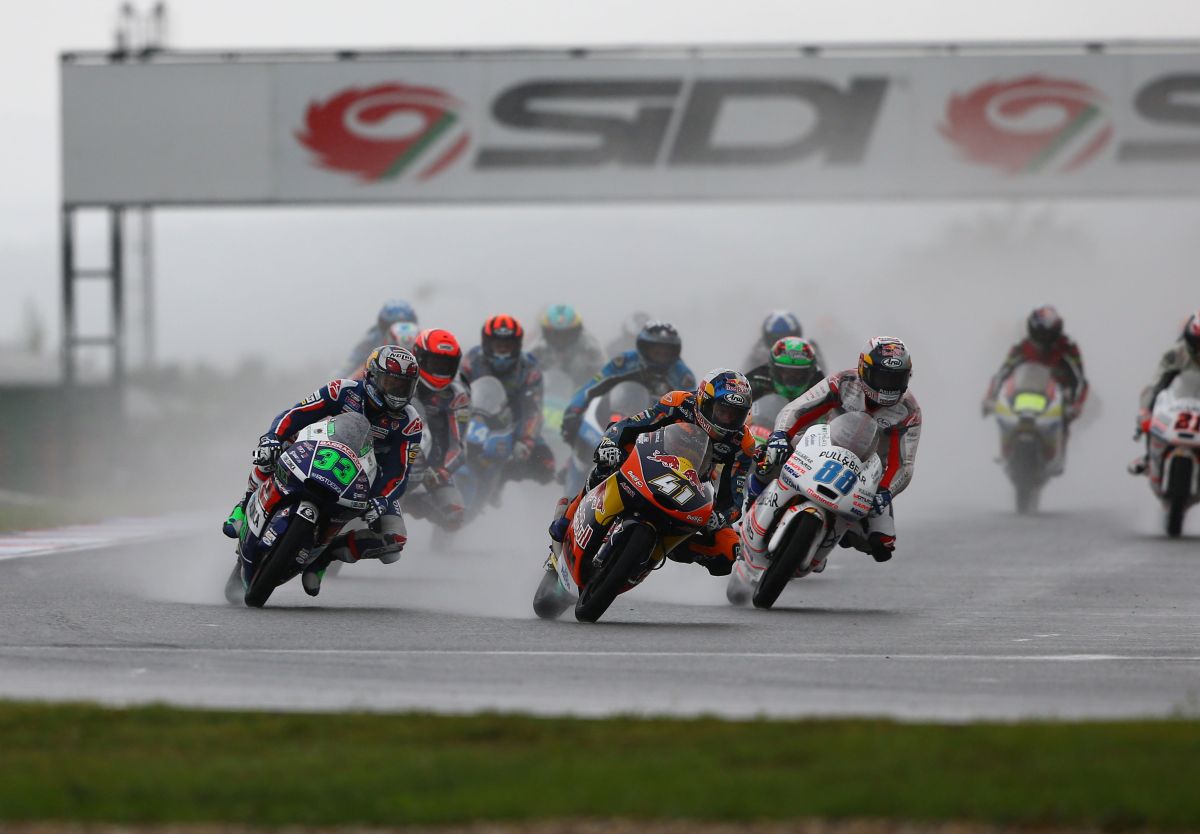 Brad Binder and teammate Bo Bendsneyder faced tricky conditions at the Czech GP, with heavy rain for the Moto3 race at the end of a sunny weekend with good weather. The track was completely wet for the 11am race start, and the two Red Bull KTM Ajo riders both had a great race -with differing outcomes. Brad suffered a crash at Turn 1 with five laps to go, when leading the race, while Bendsneyder finished seventh after starting twenty-fourth on the grid.

Moto3 World Championship leader Binder was unable to extend his lead over his rivals, despite his initial dominance. The Red Bull KTM Ajo rider had opened up a lead of 2 seconds in tricky conditions –which eventually caught him out before the chequered flag.

Despite his crash, Brad Binder continues to lead the World Championship with 179 points, 61 ahead of his nearest rival. The next race will be held in two weeks’ time at Silverstone.

41 BRAD BINDER
“There’s not much to say. Until the crash I had no fear and everything was going perfectly. I cannot be more grateful to the team, because my bike was more than perfect. I have never had such a good feeling in the rain in my life. I turned in a little too much for the corner and I think there was a small puddle there, so it was a bit unfortunate. I’m sorry for the team because today I maybe should not have done what I was doing. I would have been able to secure the points, but I was not forcing things to go fast –it was simply that I felt very comfortable and did not have the feeling that I was doing anything crazy. The positive thing from today is that I only lost six points from my lead in the World Championship.”