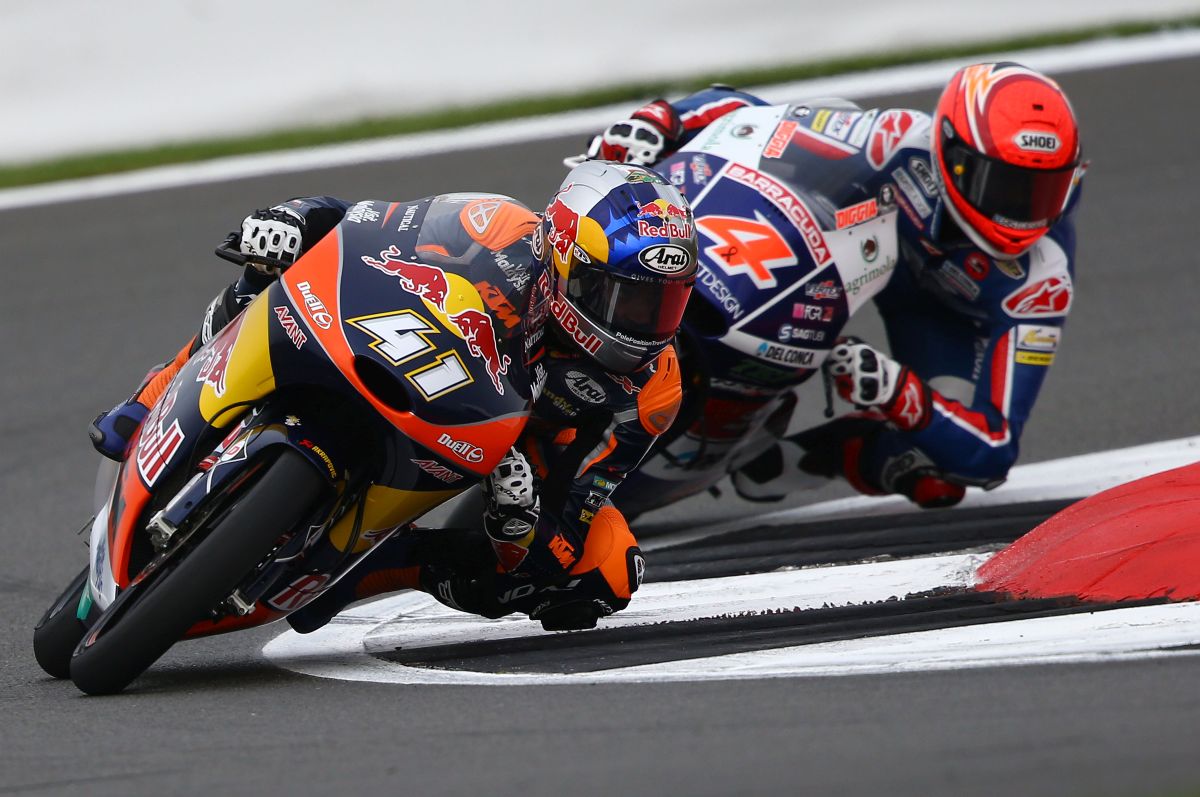 The Red Bull KTM Ajo team enjoyed a sensational Sunday at Silverstone, with Brad Binder and teammate Bo Bendsneyder both finishing on the podium at the British Grand Prix. The Moto3 World Championship leader won out in a battle involving up to 14 riders, performing strongly in the final stages of the race.

A large group involving the pair was formed at the start of the race. Binder attempted to break away on the early laps, but the use of slipstreams by his rivals continually reeled him back in. Instead, he and Bendsneyder would focus on remaining part of the pack and biding their time until the end.

In the final stages, the Red Bull KTM Ajo pair moved to the front of the group, with Bendsneyder moving up through the Top 10 to first place on the last lap. The Dutchman was passed by Binder before the chequered flag, as the World Championship leader claimed his fourth win of the year, and he held on for third place at Silverstone.

With two-thirds of the season completed, Binder leads the general classification with 204 points -86 more than his nearest rival.

41 BRAD BINDER
“Today I had to dig deep to win. A couple of times during the race I dropped down to sixth place and I said to myself that it was not enough -that the safest place to be was in the lead. I focused on trying to keep in second or third. By the time we reached the last lap, I knew what I had to do. I am very happy to be back to winning ways, and I want to congratulate Pecco [Bagnaia] and Bo [Bendsneyder] -who took his first podium in the World Championship and had an incredible weekend. I am fortunate to have a great team by my side, and my bike performed excellently here. I can’t thank my team enough, and part of today’s victory is due to them.”