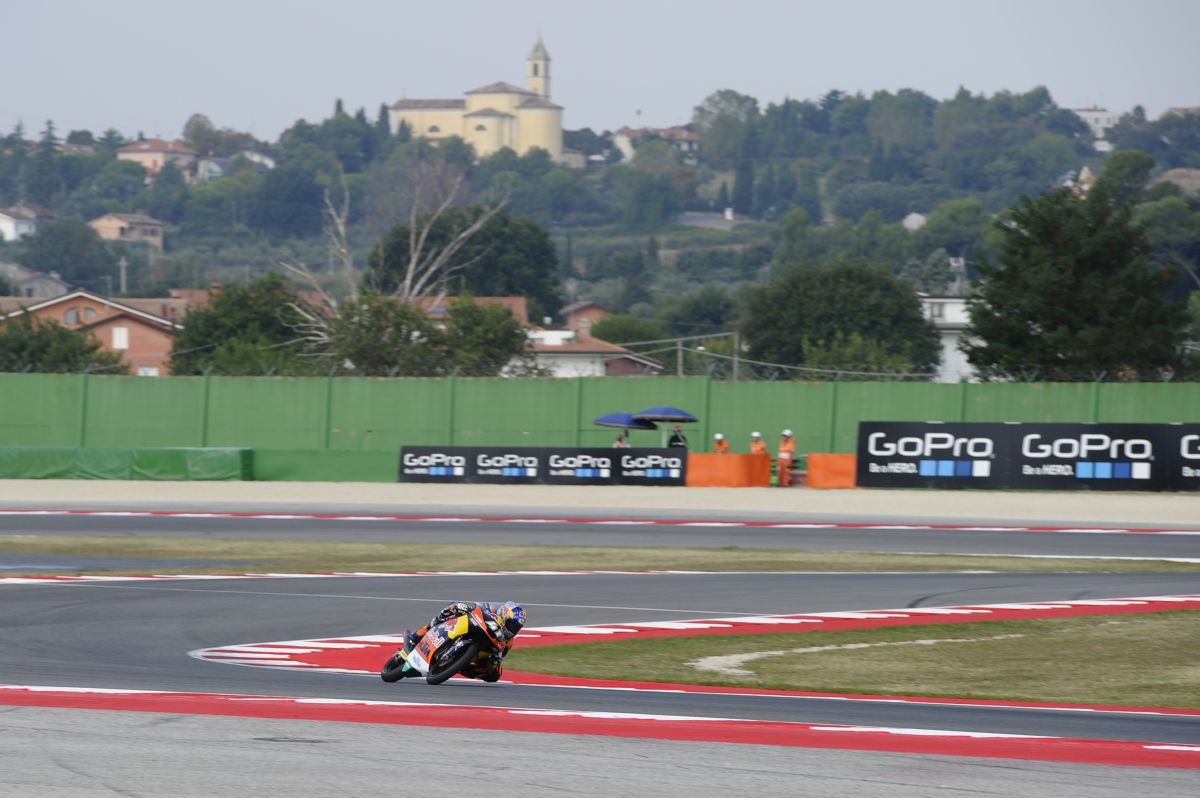 Brad Binder took a big step towards sealing the Moto3 title at the San Marino Grand Prix this Sunday, taking a fifth win of the season. The South African claimed victory from pole position, having to make a last lap pass to triumph for the second weekend in succession. He now has a 106-point lead in the overall standings, and the chance to seal the title in a fortnight’s time at Aragon.

Binder showed his talent and intelligence at Misano on race day. After a good start, six laps were enough for the South African to open a gap to the rest of the field, with Enea Bastianini, the only rider able to keep up with his pace.

Brad led for most of the race, but was overtaken five laps from the end. Rather than losing his cool and looking for risky attacks, the Red Bull KTM Ajo rider bided his time until the last lap and got back in front on the final sector to cross the line first.

Brad Binder now has 229 points to his name and further extends his lead in the overall standings to 106 points.

41 BRAD BINDER
“Today was a great day. I suffered a bit during the first three laps, engaging in an intense battle with Enea [Bastianini]. But I was able to put myself into first and lead the race, until five laps before the end when I decided to drop back into second and see what Bastianini could do, with our pursuers two seconds behind. I tried to manage the gap to those fighting for third place and on the last lap I made my move; everything worked perfectly. I’m really happy with this fifth victory of the year. I cannot be more grateful to the team. I am very happy every weekend, the team are splendid and help me at all times and the bike is working exceptionally well. I really could not ask for more.”