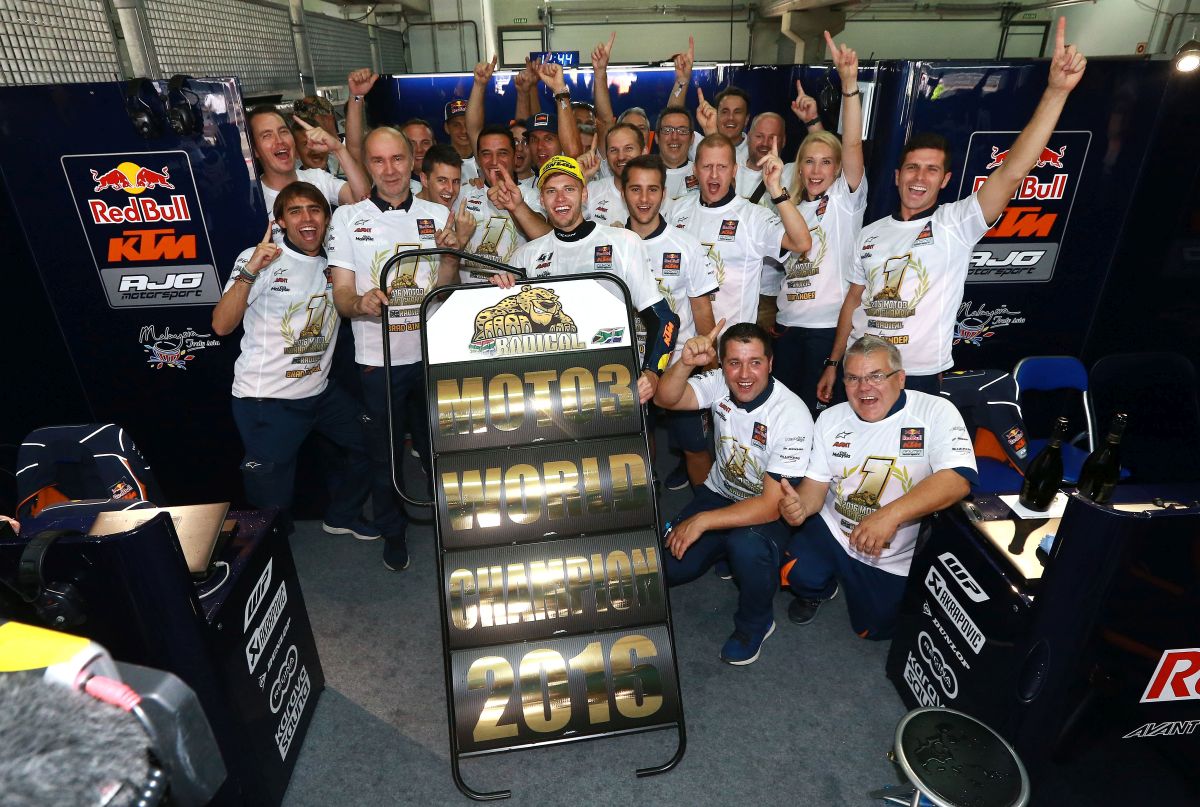 Brad Binder was crowned Moto3 World Champion today at the Aragon Grand Prix, placing second in a spectacular race that was not decided until the final corner. The Red Bull KTM Ajo took the necessary points to clinch the title four races before the end of the season.

Brad rode an almost perfect race to seal the title. The South African, who had started from fifth position on the grid, started well and was up amongst the Top 4 at all times. Binder had to contend with numerous riders making overtaking moves, but on the final laps the front four broke free.

Binder and his two rivals in the fight for the World Championship provided a spectacular finish, arriving alongside one another into the final corner. In the end, the Red Bull KTM Ajo rider took second, claiming his eleventh podium finish of the season.

With today’s result, Brad Binder reaches 249 points in the overall standings, 106 more than his nearest rival.

41 BRAD BINDER
“I still can’t believe it. When I crossed the finish line I raised my head, looked at my team and realised what we had achieved, but I still can’t take it all in. Maybe tonight when I go to sleep I will realise the great merit of what we achieved today. I am very happy -especially for my parents, who have made so many sacrifices for me. Also for my team and everyone who has helped me to get here. I cannot thank them enough. I tried to take things like any other weekend. After all the questions from the press and fans, it was a little shocking at first, but it’s great to have taken the title here in Aragon and be able to devote the remaining four races to enjoying myself and giving my best.”