Twelfth podium of the year for Brad Binder in Japan 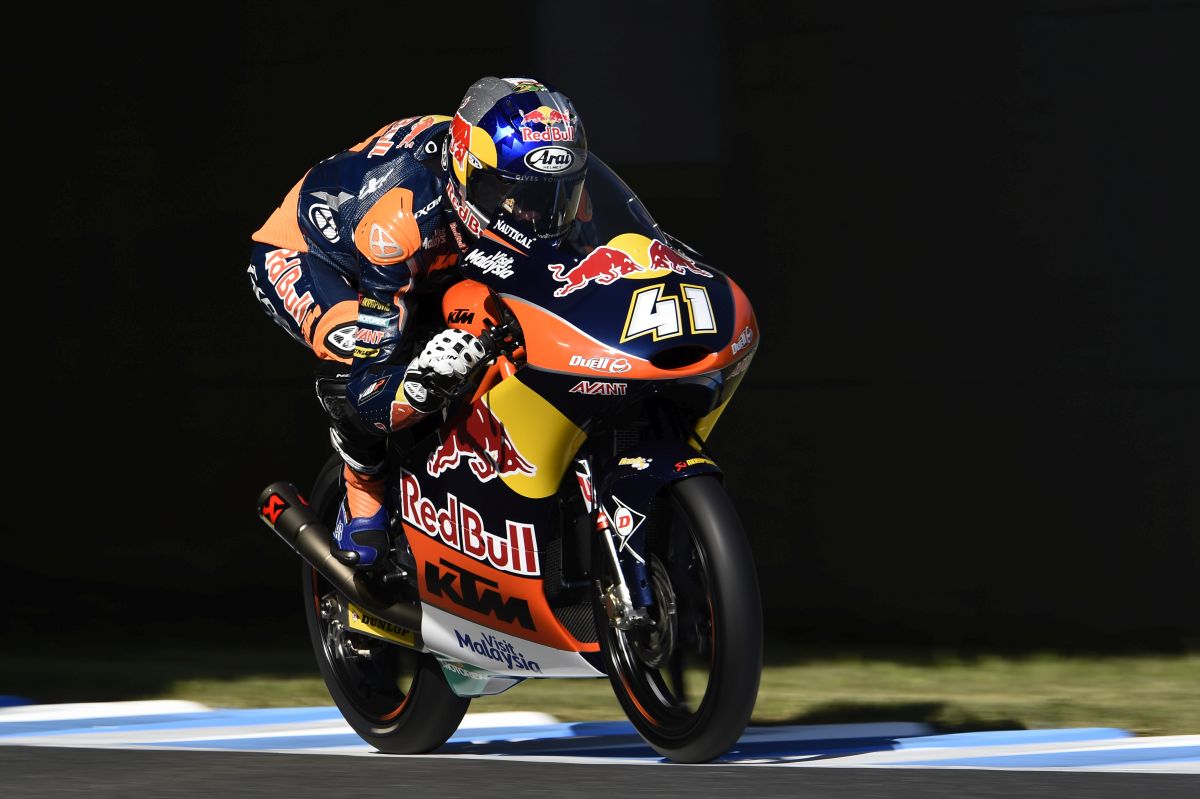 Brad Binder missed out on victory by just 17 thousandths of a second at the Japanese Grand Prix, held at Twin Ring Motegi on Sunday.

The newly crowned Moto3 World Champion led every lap of the race, before a pass on the last lap relegated him to the runner-up spot. With his latest second position, the South African has a total of 12 podiums from 15 rounds so far in 2016.

Starting from second position on the grid, Brad made a good start and completed the opening lap in the lead. He would hold onto the place for the next 18 laps, with his largest lead being 0.7 seconds. The gap to the Red Bull KTM Ajo rider was cut by a lack of grip, and a single pass on the final lap prevented Binder from claiming his sixth victory of the year.

Binder’s latest rostrum finish adds 20 more points to his total for the season, taking him to 269.

The next round of the Moto3 World Championship takes place next week at Phillip Island in Australia.

41 BRAD BINDER
“There is usually a large group in Moto3 races, but today I tried to push hard and escape and it worked out. The race was going well and I felt comfortable and confident in the lead, but when there were 8 laps remaining I started to suffer at almost every corner because of a lack of grip. It was very difficult for me to continue at the same pace. Overall, it was a near-perfect race that I led for almost the entirety, and it is just a shame that the win got away on the last lap. The positive thing is that we have another podium, which is also important. I thank the team for another weekend of great work.”