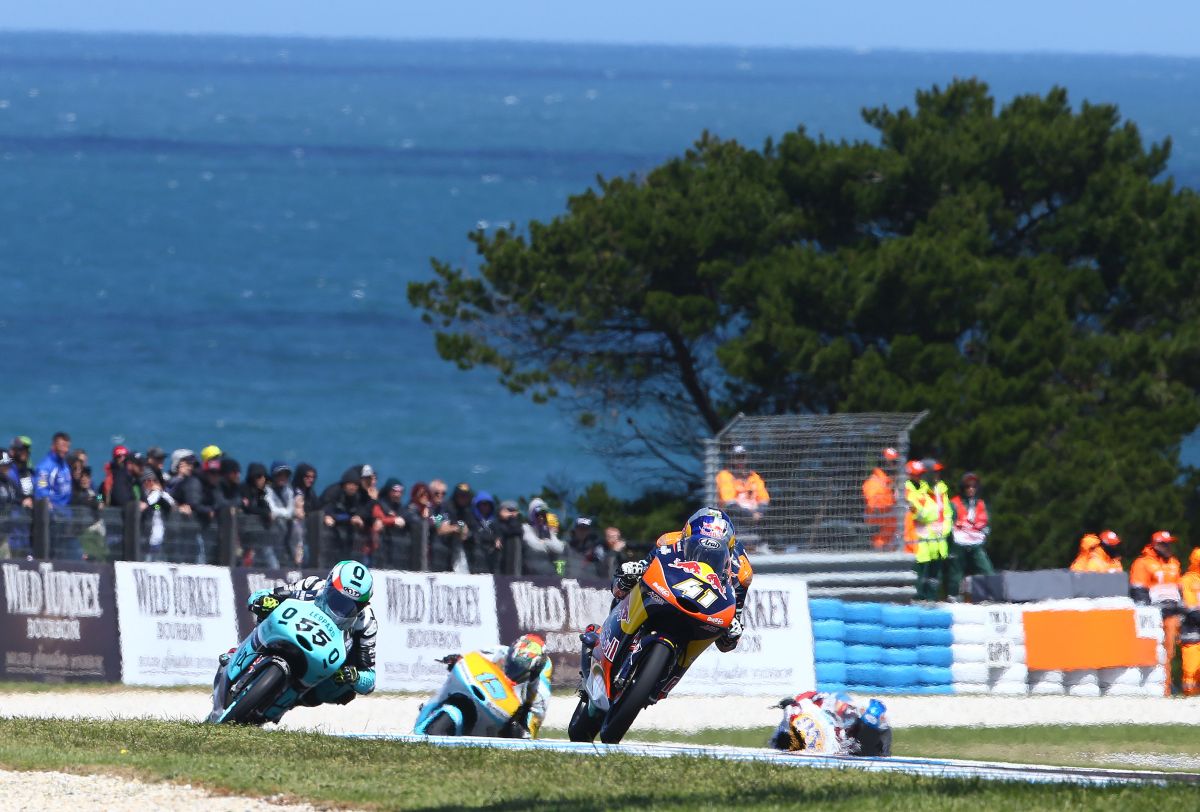 The Australian Grand Prix was once again a race to remember for Red Bull KTM Ajo, as Brad Binder took his sixth victory of the season in a contest reduced to 10 laps after a red flag. With this latest win, the team have now taken 4 wins in 5 Moto3 races at Phillip Island.

The Moto3 race was crash-filled from the start, as on Lap 6 a multiple rider pile-up forced the red flag out when Brad Binder was leading the way. At the restart, with the contest now reduced to 10 laps, the South African achieved what had previously seemed impossible and escaped from the chasing pack. He would eventually finish nearly 6 seconds ahead of his nearest rival, taking victory and his 13th podium in 16 races.

Following this second round of the flyaway triple-header, the Moto3 World Championship heads to Malaysia for next week’s penultimate round of the season. Already crowned World Champion, Binder goes to Sepang with a total of 294 points to his name, with teammate Bendsneyder in 16th position with 59.

41 BRAD BINDER
“Today has been fantastic -we had a very good race. I started very well, I felt very strong on the first few laps and I decided to push to open a gap to my rivals. I knew if I extended the advantage and broke out of the slipstream I could keep away from the chasing pack, and I managed to carry that out. On the first five laps I saw that I had a 3 second lead, and knowing this was key to relaxing and going even faster. I think this was the race in which I had my best feeling. I’m very happy that I got another win, but today is much more special because my brother finished fourth.”