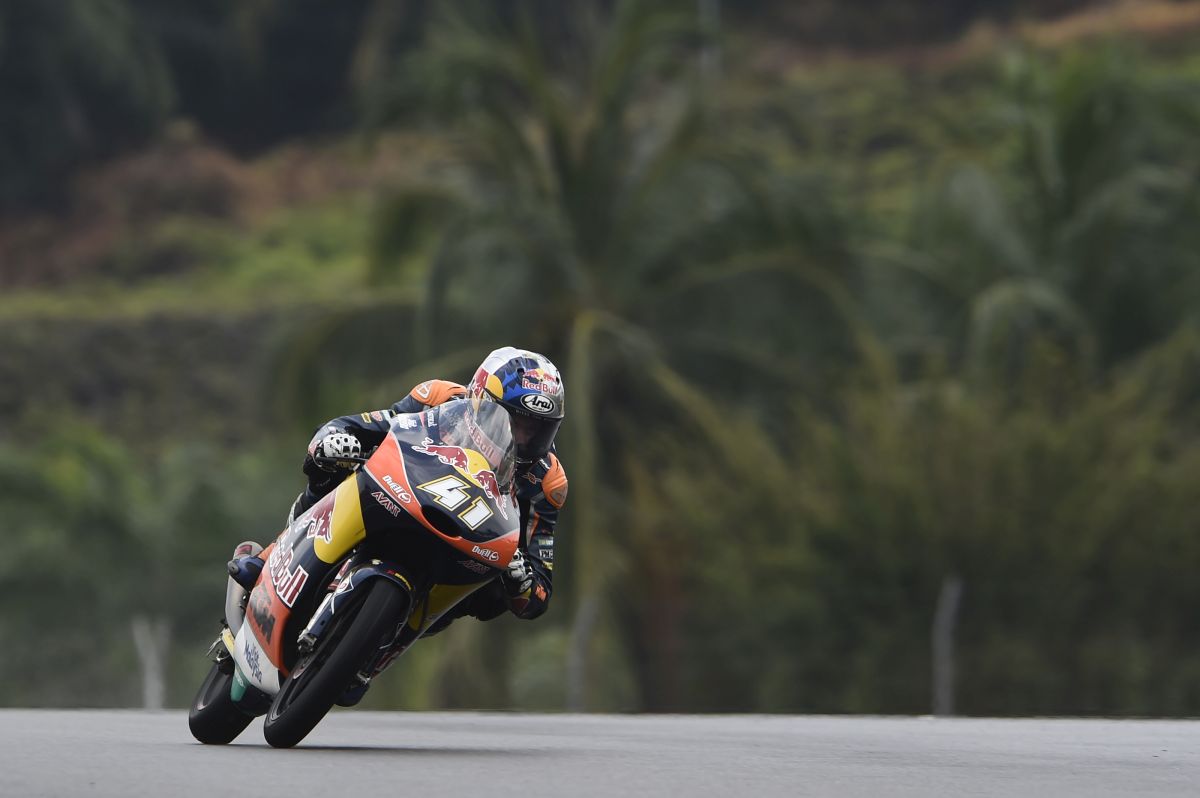 The 2016 Moto3 Malaysian Grand Prix ended with Red Bull KTM Ajo taking their sixth podium at the circuit, this time through Bo Bendsneyder. The race was affected by high humidity on the track, which caused numerous crashes -including for new World Champion Brad Binder, who finally finished seventeenth.

Brad was one of the first to suffer from the high humidity, falling at Turn 7 of the third lap alongside three other riders while fighting for first position. Behind him, teammate Bendsneyder managed to find his pace and moved into the podium spots 12 laps before the end.

The Moto3 World Championship, already won by Binder, comes to a close in 2 weeks’ time in Valencia.

41 BRAD BINDER
“For me the race was over earlier than expected, but I was enjoying myself on the bike. I do not know why, but both the rider ahead of me and some behind me slid after going over something. There was something on the track. It is unfortunate and disappointing, because I think we had the pace to fight for the victory. I cannot thank the team enough for the work they have done to get the bike ready again and get me back on track. They did an amazing job in just 5 minutes! Once on track I felt good, and it was easy to ride fast. It was good to see that I could remain competitive. I have to be happy because throughout the season we were lucky and this has happened to us when the Championship has already been decided. Now we have to enjoy the last race.”