Brad Binder signs off from Moto3 with brilliant Valencia win 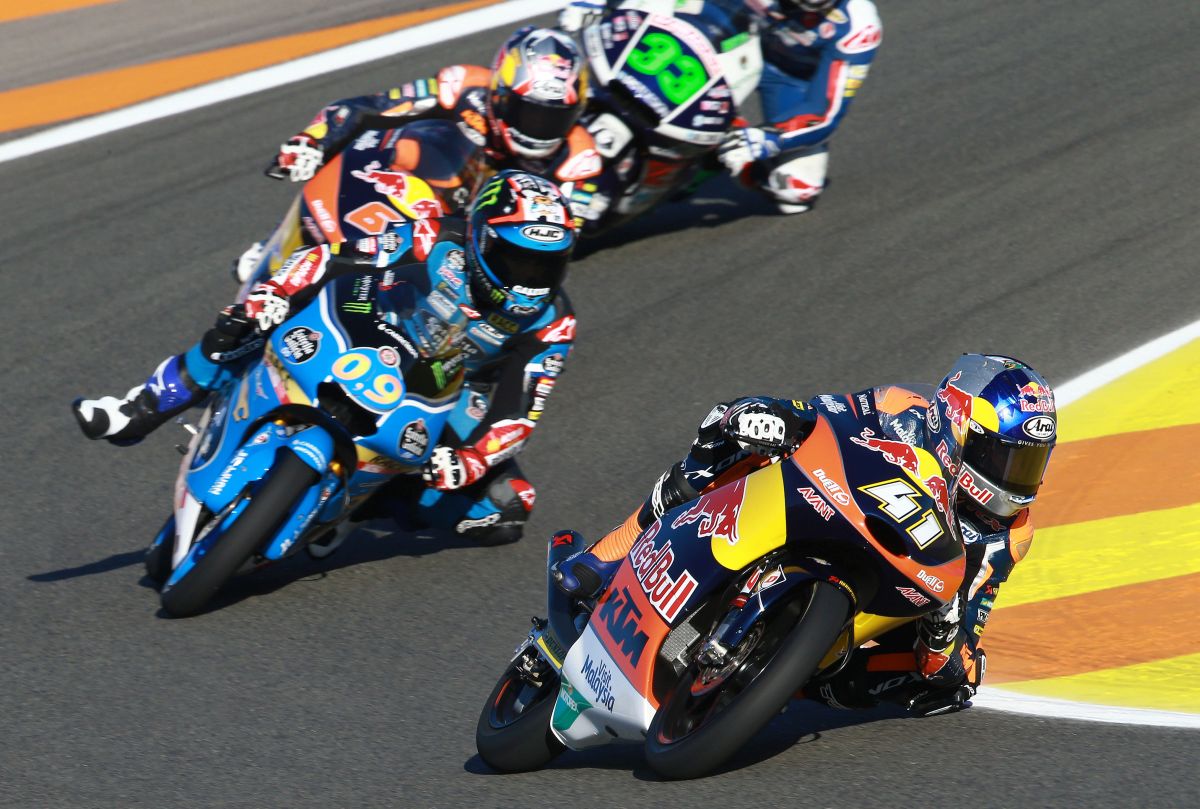 The Red Bull KTM Ajo team rounded off 2016 in the best possible way, finishing the season at with a win thanks to Moto3 World Champion Brad Binder.

The South African handed the team their third consecutive win at the Ricardo Tormo Circuit, where they have dominated in recent years, and ended his time in the class with a stellar performance. Climbing from 21st place, Binder earned his seventh win of the season and signed off in style.

At the start of the contest, Brad moved up into the top positions, although a problem on Lap 2 dropped him back down to 22nd. Despite being 5 seconds off the race leader, he used a steady pace to climb up the order lap-by-lap, reaching the lead group with 10 laps remaining. He took the lead with 3 laps to go, and after several back-and-forth overaking moves on the penultimate lap, took the top spot definitively on the final lap of the season to take victory number seven.

With the Valencia GP concluded, Brad Binder ends the year as World Champion with 319 points. From next week he will ride the Red Bull KTM Ajo Moto2 bike as he moves up to the intermediate class.

41 BRAD BINDER
“I wanted to finish my time in Moto3 with a victory, but I did not expect to do so. Something happened to me, but I could not understand it and I moved aside to see if everything was in place. I lost two laps checking that the bike was working well before I pushed hard again. To come back and win the race was incredible. I am very happy and I cannot be more grateful to the team for the incredible year we have had. Now it’s time to think about Moto2. I had been counting the days to get on the new bike. It is very important for me to move to a higher class and I am very motivated. This season has gone much better than I expected, and winning the title with four races to go and getting seven wins is incredible. I’m on cloud nine and I can only thank the team.”