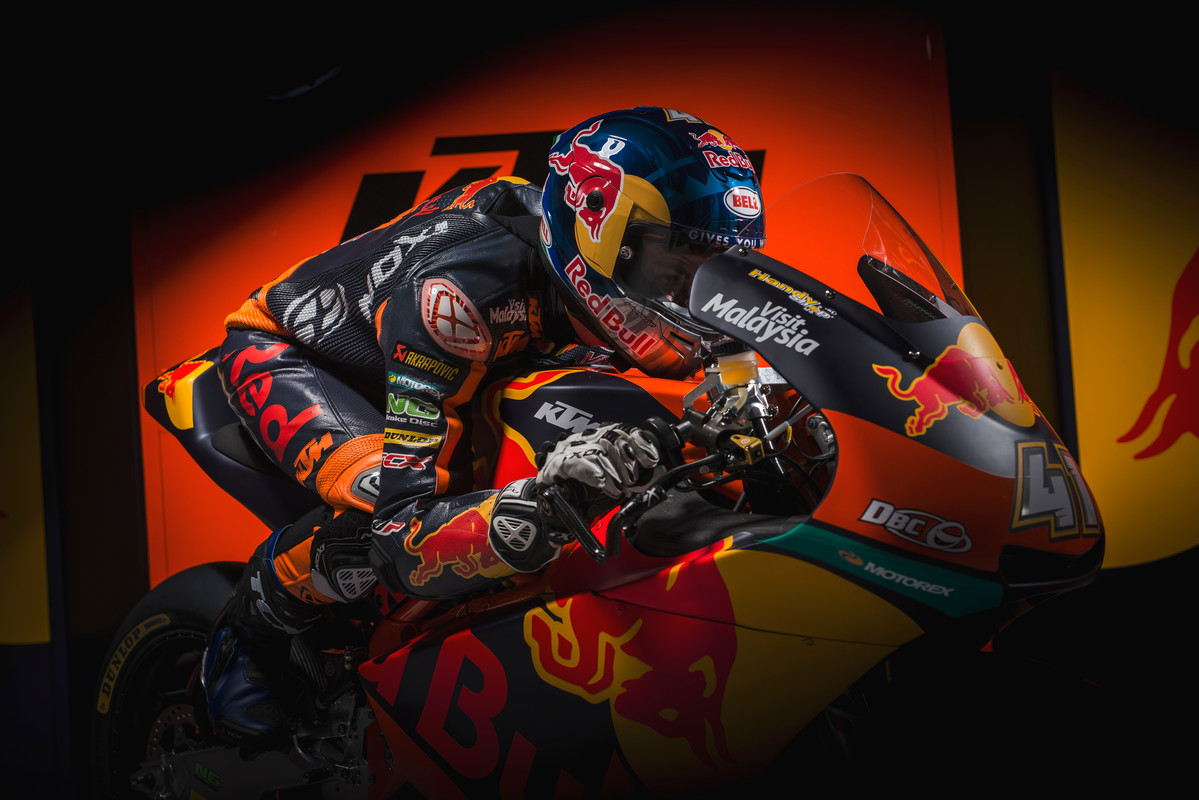 The Red Bull KTM Ajo family continues to grow in 2017, and the ambitious new Moto2 project for the team was officially presented on Monday in Austria. The intermediate class bikes and riders joined those in the Moto3 and MotoGP class for an unveiling of what to expect over the coming months.

The strength of the relationship between Red Bull, KTM and Ajo Motorsport was apparent in the event. After years of working together, they have been able to obtain great results based on hard work, effort and confidence in young riders. For the coming season, Red Bull KTM Ajo will seek to establish themselves among the Moto2 frontrunners and successfully take over from where reigning World Champion Johann Zarco left off.

From February 27th through to March 1st, the Red Bull KTM Ajo team will debut the new livery for their bike at Jerez.

#41 Brad Binder:
“It’s been amazing to be here; it’s been great to bring together all three KTM projects on the same stage. I liked meeting up with everybody from last season to catch up, and it was also nice to see the other riders. The presentation was interesting, but now what excites me most is being able to start the new season. I really like the new livery; I think it’s ‘special.’ Having the bikes in the three classes look exactly is an incredible image.”

Aki Ajo – Team Manager:
“First of all, I am very proud to be part of this project with KTM and Red Bull. It is incredible and I am very grateful to be here. Every season is different, and especially this year as we are beginning a new challenge in Moto2. We are starting practically from zero and it will be difficult to win races from the beginning, but of course, it is our target and we will work hard to achieve it. We have two very good riders. I also want to thank the partners for their presence, which makes all this possible.”