Brad back in the saddle for Jerez preseason test 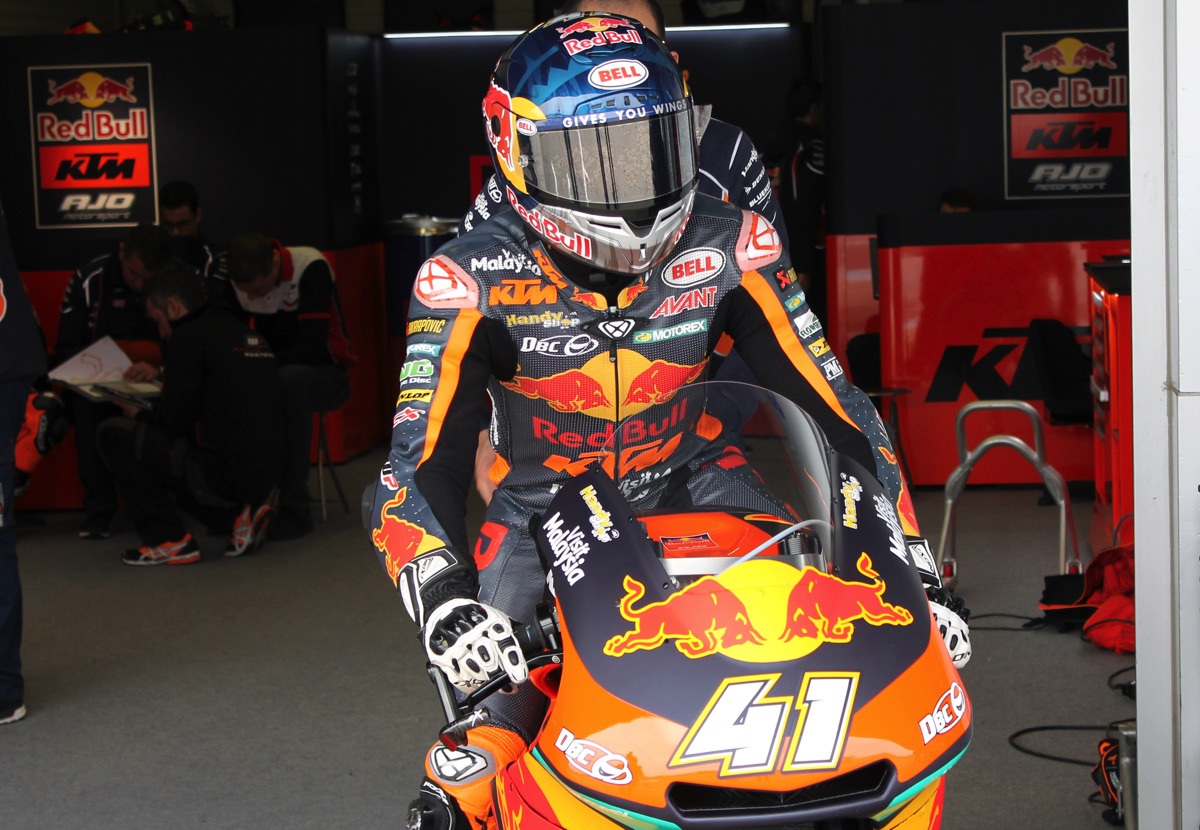 Red Bull KTM Ajo Moto2 rider Brad Binder and teammate Miguel Oliveira were back on track together this week at the Jerez Circuit, enjoying three positive days of testing and debuting the new livery of their 2017 bikes.

Brad made his return to action for the first time since injuring his left arm in November in Valencia, and was able to put in further kilometres onboard the KTM Moto2 machine.

Pleasant weather conditions allowed the Red Bull KTM Ajo pair to continue developing the setups for their new bike. The Portuguese was able to ride at a good pace over the course of his 209 laps, and was once again among the fastest in testing (despite there being no official timing). Brad continued his adaptation to a new class, puting in a total of 156 laps.

Brad will have more track time at Jerez in the first official preseason tests on March 8th, 9th and 10th, along with the rest of the Moto2 grid and all of the Moto3 riders.

#41 Brad Binder:
“These three days of testing at Jerez have gone surprisingly well. I’ve had a good time on the bike again after a time away that has dragged on. The Moto2 bike is completely new for me, so every time I ride in it I learn something. I like it and it helps me to improve more. I look forward to seeing what happens this season, because I think we are going in the right direction. My arm still hurts a little, so we made shorter runs, because there were moments in which it hurt a little. Even so, my recovery is progressing and for the next test I will definitely take a step forward and be much fitter; at least I will have more strength, for sure.”

Aki Ajo – Team Manager:
“The most important thing here at Jerez with the Moto2 team has been seeing Brad [Binder] back on the back on the bike, and seeing that he is able to ride even when he still isn’t at 100%. He’s put in a lot of kilometres and a lot of laps with the Moto2 bike. Miguel [Oliveira] continues to work in a very professional way, and this is very important for the new bike. He has experience in Moto2, which is a boost for developing this new bike. In addition, he has a style with a very steady pace that is very important for improving the bike.”