Busy day one at Jerez test for recovering Brad Binder 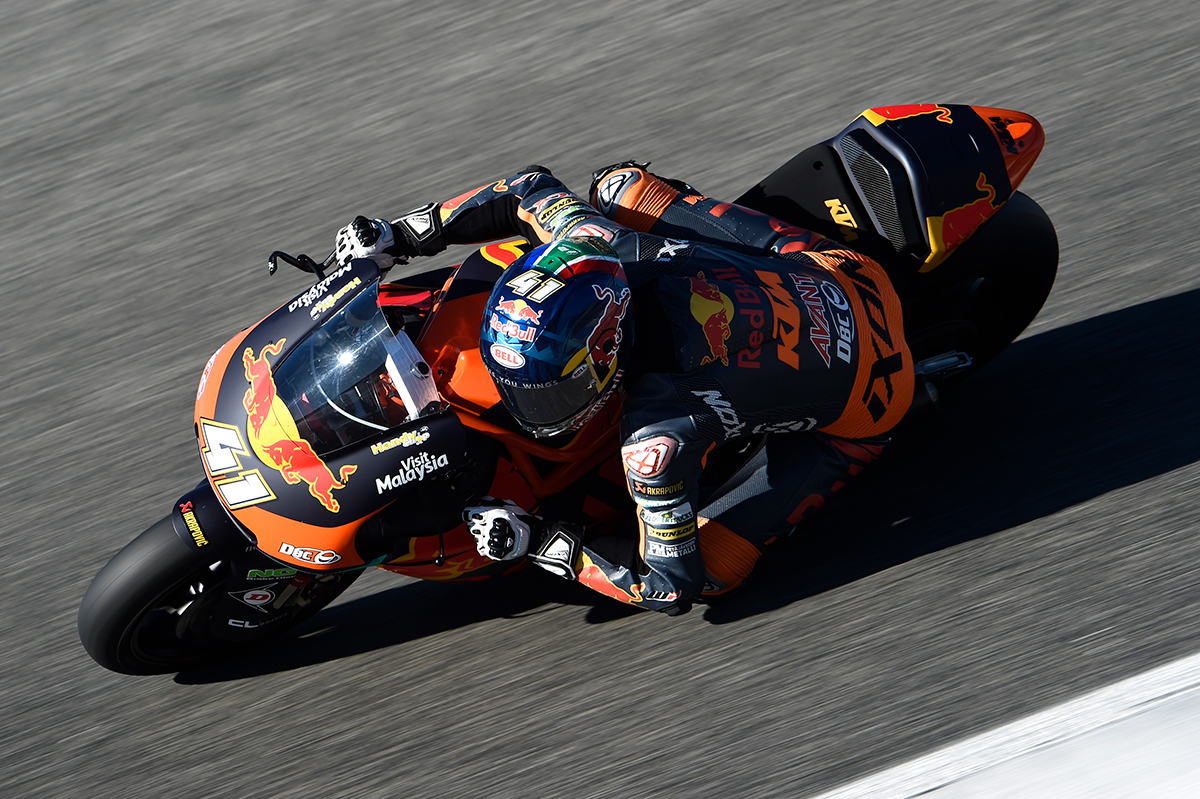 On Tuesday at the Jerez Circuit, the new KTM Moto2 used by the Red Bull KTM Ajo team were run alongside the rest of the grid and with official IRTA timing.

On the first of six official days of the 2017 preseason, Brad Binder and teammate Miguel Oliveira took great results at the same circuit where they rode last week in a private test. The Portuguese sprung a surprise by going fastest on day one, while the South African -still in the process of recovering from surgery to his left arm- achieved a meritorious eleventh place.

The Moto2 riders completed three sessions of 1 hour and 10 minutes in duration. Although recovering from injury, Brad Binder put in 67 laps to aid his adaptation to the new class. The South African also set his best time in the second session. A 1:43.367 lap placed him seventh in the standings for the session.

After a positive first day, the team and KTM are beginning to reap the rewards of their hard work over the winter. Testing at the Jerez Circuit will continue tomorrow through to Friday.

#41 Brad Binder:
“The first day went well. The first session was quite good. I felt very strong in the second session -much better than in the first. And in the third session, although we tried, I didn’t feel comfortable with the tyres and we weren’t able to lower our best time. We have tried things, I am learning a lot from the bike, I feel very confident and I am already looking forward to riding tomorrow. My arm still hurts, but I’m working hard and this is what I need in order to improve.”