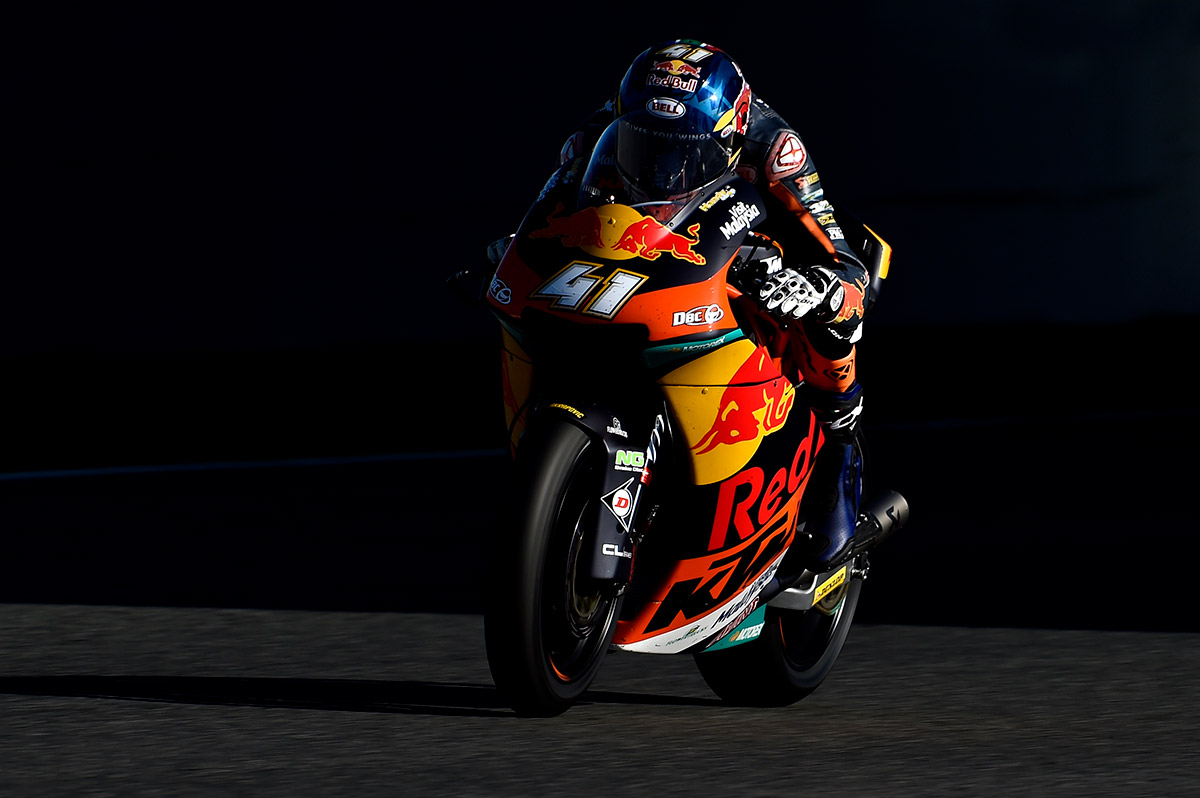 The first official test of the 2017 preseason concluded this Friday at Jerez. Over the course of three days, Red Bull KTM Ajo riders Brad Binder and Miguel Oliveira were able to try all kinds of setups for their new KTM Moto2 bike. On the third day, Moto2 rookie Brad continued to put kilometres under his belt and finished the test 24th.

Just as happened on Thursday, it was in the first session that most riders set their best times. Brad went out for the last afternoon stint, and focused his work on stability. He set his personal best time of 1:43.499 at midday, and was the 26th fastest rider of the day.

With all the work planned for this week completed satisfactorily, and following 6 days of testing at Jerez in the last two weeks, the Red Bull KTM Ajo team will travel to a different circuit on Wednesday. Testing in Qatar will be the second and final official test of the 2017 preseason.

#41 Brad Binder:
“I feel great about the bike. We have tried quite a few different things and found some things that work for us. We have kept very steady lap times and although we struggled to go a bit faster, overall everything went well. We tried a lot of things this morning and we have made the bike easier to ride, so we will see how we have evolved at the next test in Qatar.”

Aki Ajo – Team Manager:
“This was the first official test for the new KTM Moto2 project with the whole grid on track. It has been very interesting, but at the moment we are not too concerned with comparing ourselves with others because we have just started this project and we have a lot to work on. We have to focus on ourselves and not on others. I am very happy with how everything is going and how we are taking important steps forward every day.”