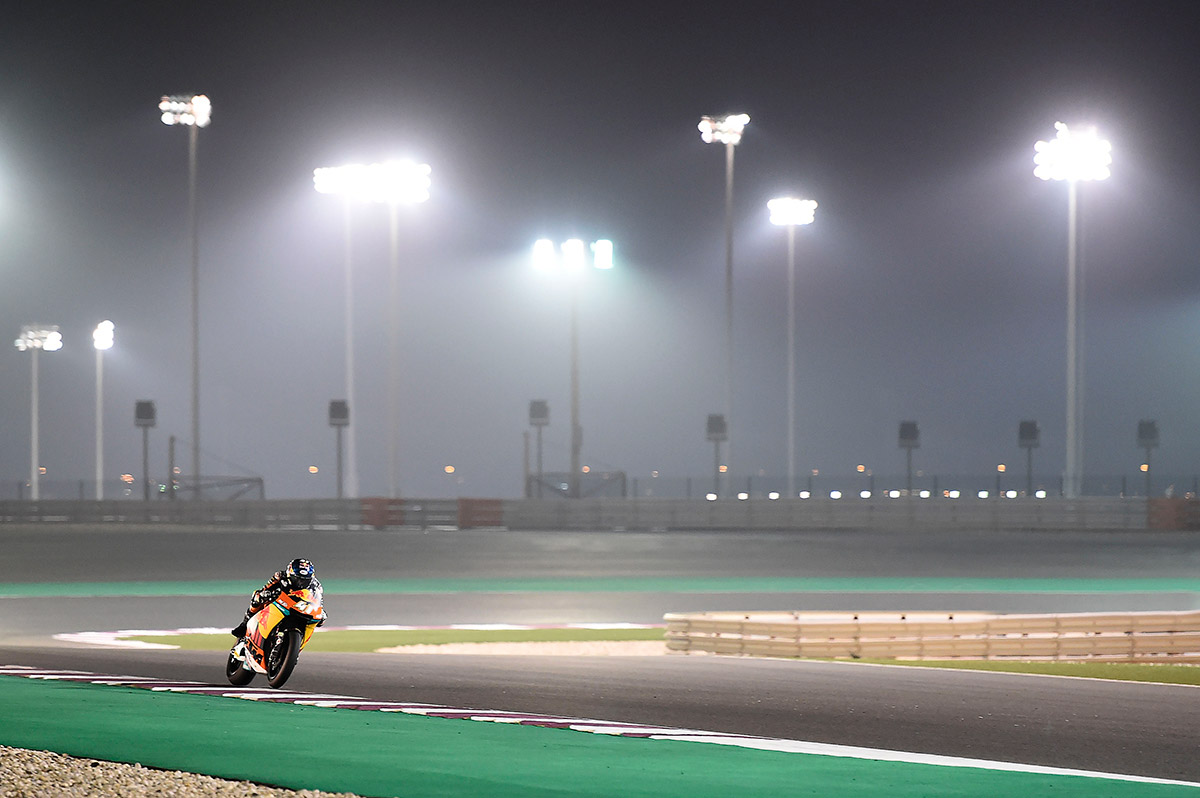 The Red Bull KTM Ajo Moto2 team concluded their preseason testing this Sunday in Qatar, with weather conditions once again affecting the action on track. This time it was the strong wind and the rain at the Losail International Circuit that prevented Brad Binder and teammate Miguel Oliveira from going out in the last session of the evening, and they concluded the final night’s work with Brad placing 21st.

In the combined classification for the two nights, Brad also placed 21st, with good feelings on the bike and with important kilometres under his belt ahead of the season opener next week.

Brad continued to gain valuable experience in preparation for his debut in the intermediate category; today he put in 28 laps, with a time of 2:02.592 his best at the end of the day. Both riders sat out the last session of the day, which was suspended due to the strong wind and rain at the Losail International Circuit.

#41 Brad Binder:
“Today went very well. At first it was a bit tough, but little by little I found my way, every time I get on the bike I’m learning something new and it makes everything a little easier for me. We have to continue working in this way. It’s a shame to have lost a whole day and part of today, because it was too windy, but all-in-all, I feel we have taken a step forward this weekend. I feel much better about the bike; next week we will try to keep taking steps forward every day.”

Aki Ajo – Team Manager:
“We’ve had two very important days for continuing to develop the new KTM Moto2 bike. Unfortunately, the first day was canceled due to the rain and today we also had to stop a bit earlier. However, in any case we have put in some very good laps with the bike, which have been key to understanding how the bike works here in Qatar.”