Promising start for Brad as Qatar race weekend gets underway 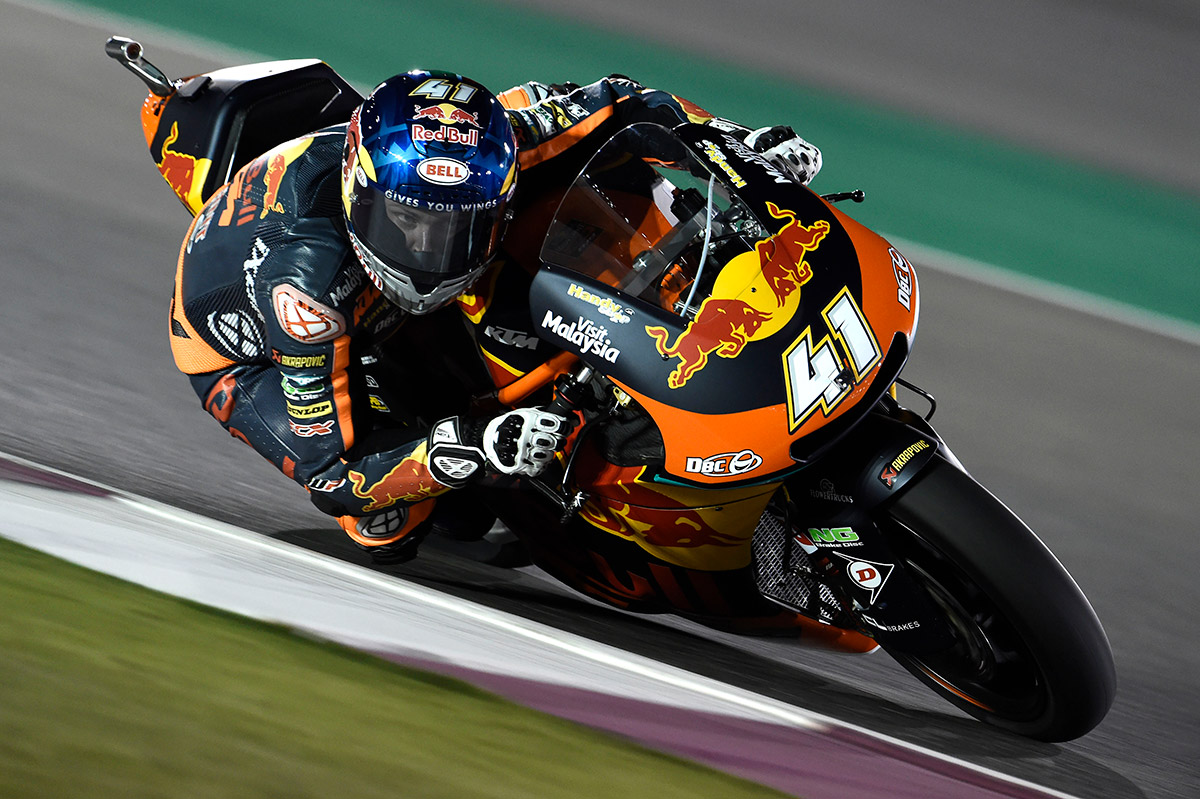 The Red Bull KTM Ajo team started their journey in Moto2 with a positive first night of the Qatar GP. Brad Binder finished 21st, although he was able to improve on his best test time from a week ago at the same track.

On his debut in the Moto2 class, Brad finished eighteenth with a best time of 2:01.455, despite suffering a small crash at Turn 16 with two minutes remaining.

In the second session, with strong winds on track, it was more difficult to improve times, but Brad managed to clock a 2:01.615 for 20th place, although he was less than a second off the top time.

41 BRAD BINDER
“The truth is that today went very well -especially the first session of the day, in which I learned a lot- although I suffered a light crash. In FP2 I also started well and I was very comfortable. The only problem I have had has been with the new tyres in the second session, as I am still trying to understand how they work and I made some mistakes. In Moto2, once they cool down they cannot be reheated and I had a hard time controlling the rear. The important thing is that I have learned something today, and I really want to move forward tomorrow. The wind made the practice a little difficult, but we have been improving and the final evaluation is that we are progressing.”