Brad ready to give all in Losail qualifying 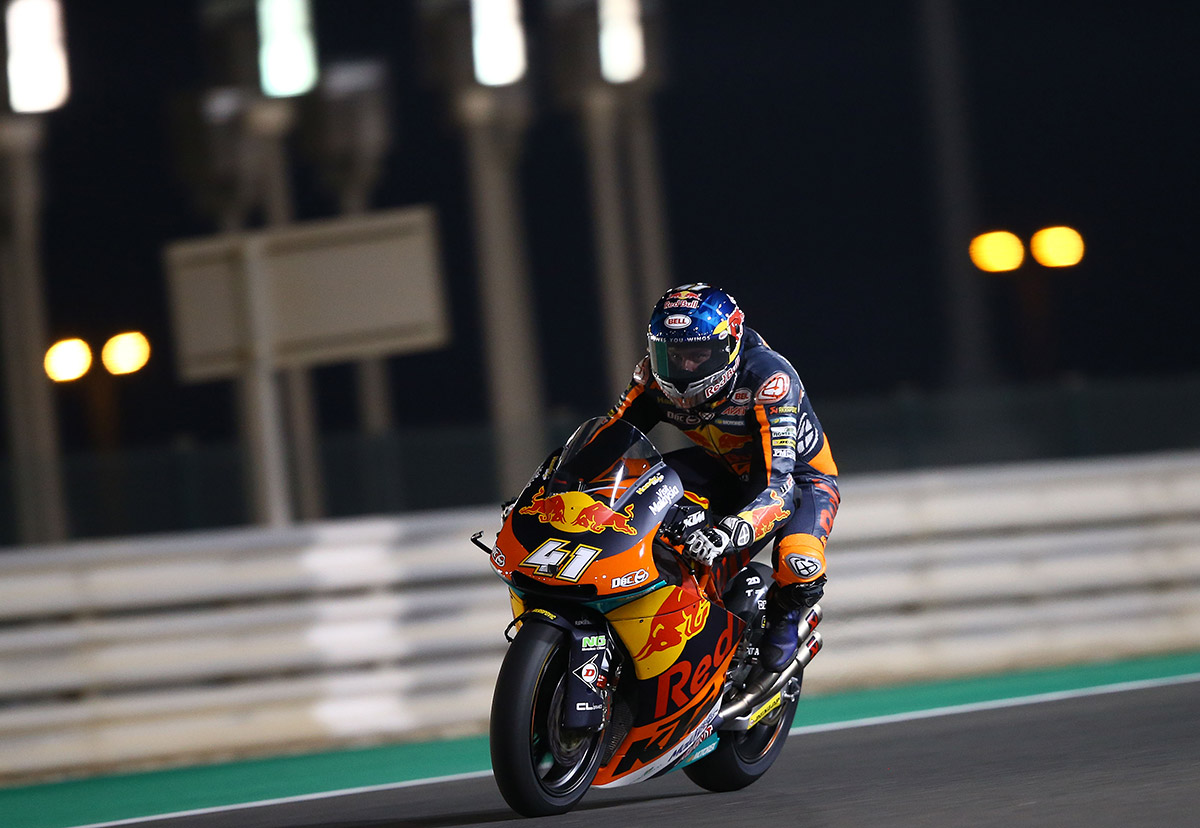 The Red Bull KTM Ajo riders continued the work that they had begun yesterday at the Losail International Circuit in a single 40-minute session on Friday.

The third and final Free Practice set the scene for a crucial Qualifying session tomorrow. Brad Binder was eighteenth, whilst on the overall timesheets for Free Practice he was twenty-second.

Although they were unable to lower their times from yesterday, both Brad and teammate Miguel Oliveira obtained positive results from the work carried out this Friday. Both worked with used tyres throughout the session, but it was on a single lap with new rubber that the duo set their best times. Brad –setting a 2:01.303– was less than a second off the top.

The South African will face Qualifying for the Qatar GP this Saturday, starting from 6:55pm local time.

#41 BRAD BINDER
“Today there were some pretty good things on the one hand, and some complications on the other. From the first session yesterday I have felt strong and fairly fast, and everything indicated that things would continue to come easily. Everything was going great. Yesterday we tried new tyres during a session and I felt that I was losing control –and I did not understand very well why that was. Today I used them throughout the practice session, until we changed the tyre for the last run and improved our time by a second –although I made some mistakes on that lap. That made me see that maybe the strange feeling came from that set of tyres. I’m not sure, but something was not going as it should have. I’m still not where I would like to be, but tomorrow I will give 100% in order to be able to have a good Qualifying session.”