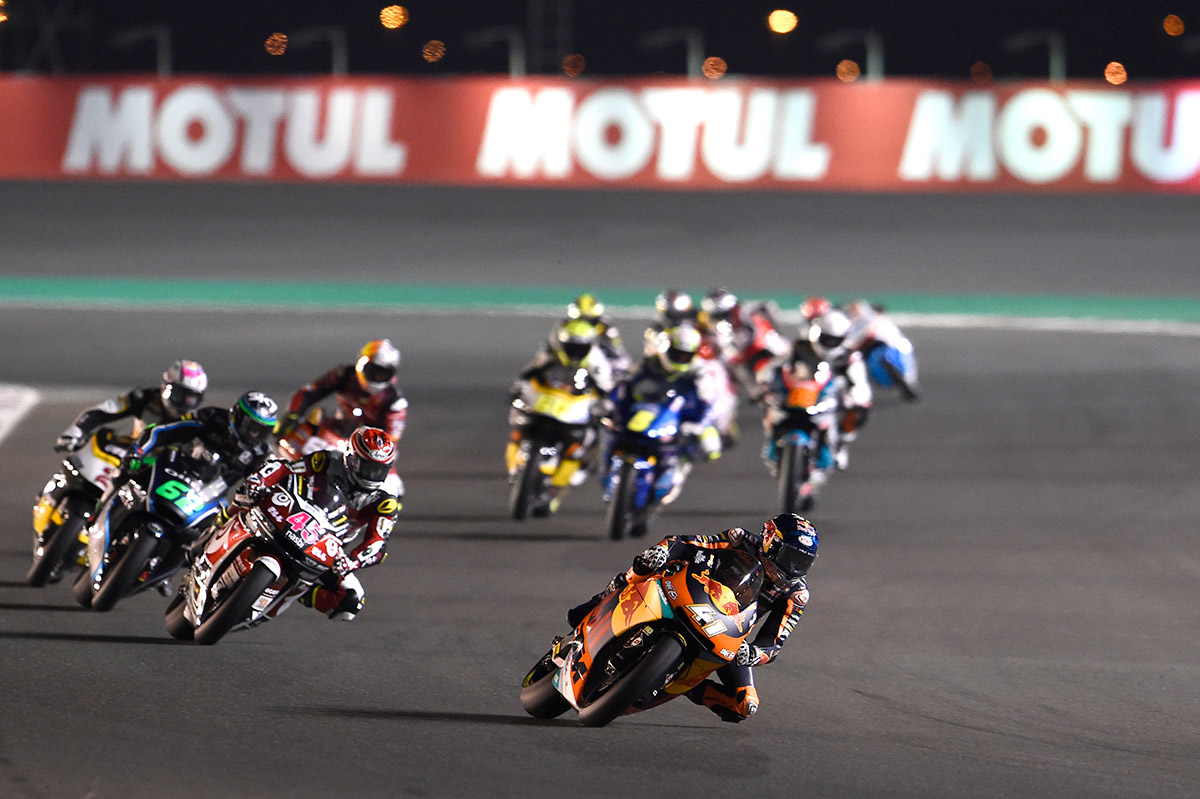 Brad Binder, making his debut in the Moto2 class of the MotoGP World Championship, finished 20th at the Losail International Circuit in Qatar and gained valuable experience onboard his KTM bike.

As a result of Saturday evening action being cancelled, the starting grid was set from the combined classification from Free Practice, with Brad lining up 22nd.

Brad made a great effort to complete his first race in the intermediate category. The South African did not feel as comfortable on his bike as in Free Practice and was not 100% fit, but managed to finish in 20th position.

#41 BRAD BINDER
“At the beginning of the race I felt very good, except when there was a repeat of a problem with the front end that we had detected in today’s warmup, which forced me to go long on some corners. I tried to fix it, but I went wide a couple of times. I tried to do my best and finish my first race in the class. There is still a long way to go and much work ahead to improve my riding on the Moto2 bike. On the next race weekend I will try to work harder during practice to better understand the bike and prepare the setup for the race. Physically it has been quite hard, because I don’t feel 100% with my left arm. I have to focus on Argentina and continue learning.”