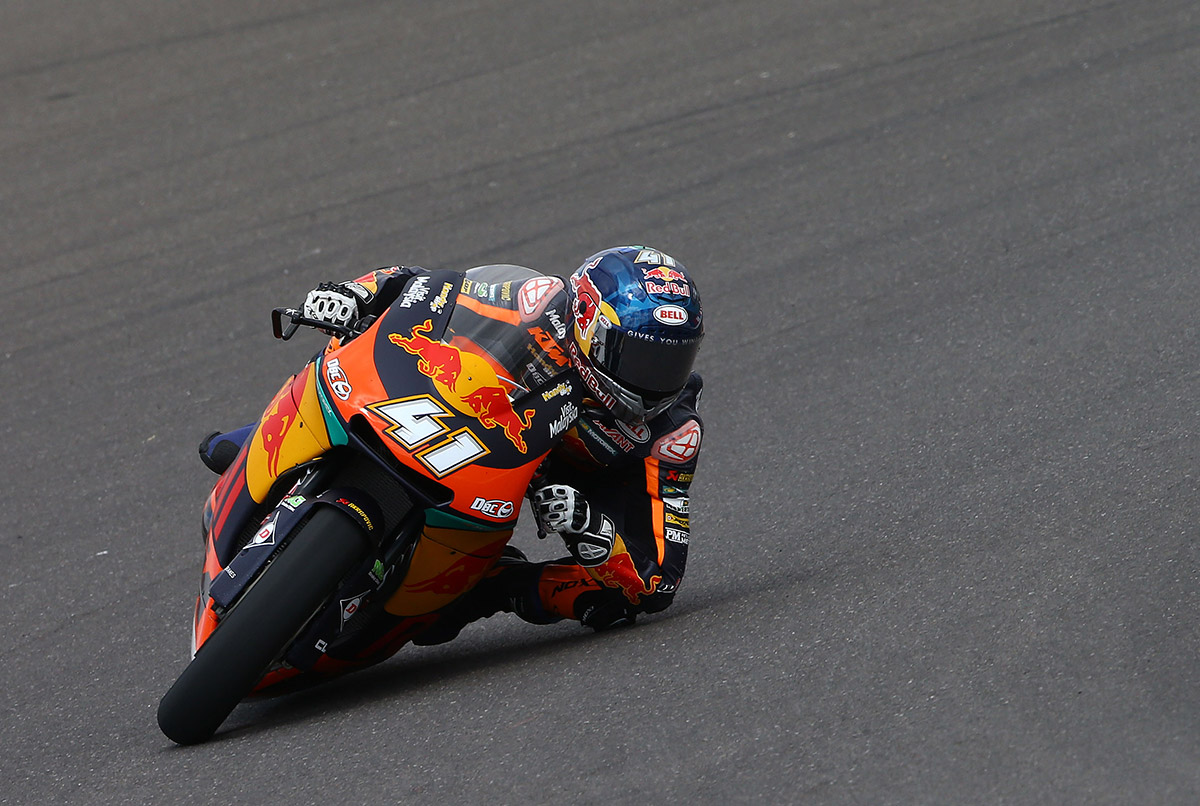 Starting from the eighth row of the starting grid and not 100% physically, the challenge for Brad Binder in his second Moto2 race was big. After making an excellent start and gaining seven places on the first lap, the South African gradually overtook several riders to place in the group battling for sixth place. He completed the 23 laps in ninth.

After the first two GPs of the year, Brad Binder is thirteenth in the championship standings with the seven points he took today.

There was however bad news on Sunday for Brad. The discomfort in his left arm -injured in preseason- forced him to go to the medical centre and then undergo x-rays. The medical staff have decided that he will have to undergo another surgical procedure over the next few days.

41 BRAD BINDER
“Today has been a really good day for me. Since I started riding with this new bike, I hadn’t felt comfortable. Yesterday night I was thinking and wondering why, since I had not had any big scares and things seemed to always be under control, so I did not understand why I was so slow. Today I went out on track and I gave 110% from the first laps to the end. Something changed in the warmup. The biggest problem has been that overnight I had a lot of pain in my arm, and this morning it was very swollen. Today I had some x-rays done; we saw that it was broken again and that the plate had moved, so I will have to undergo another operation and rehab it again.
I want to thank the whole Red Bull KTM Ajo team, KTM and my crew for giving me an incredible bike. It’s amazing to get my first Top 10 in my second race and I cannot wait to get back on track.”