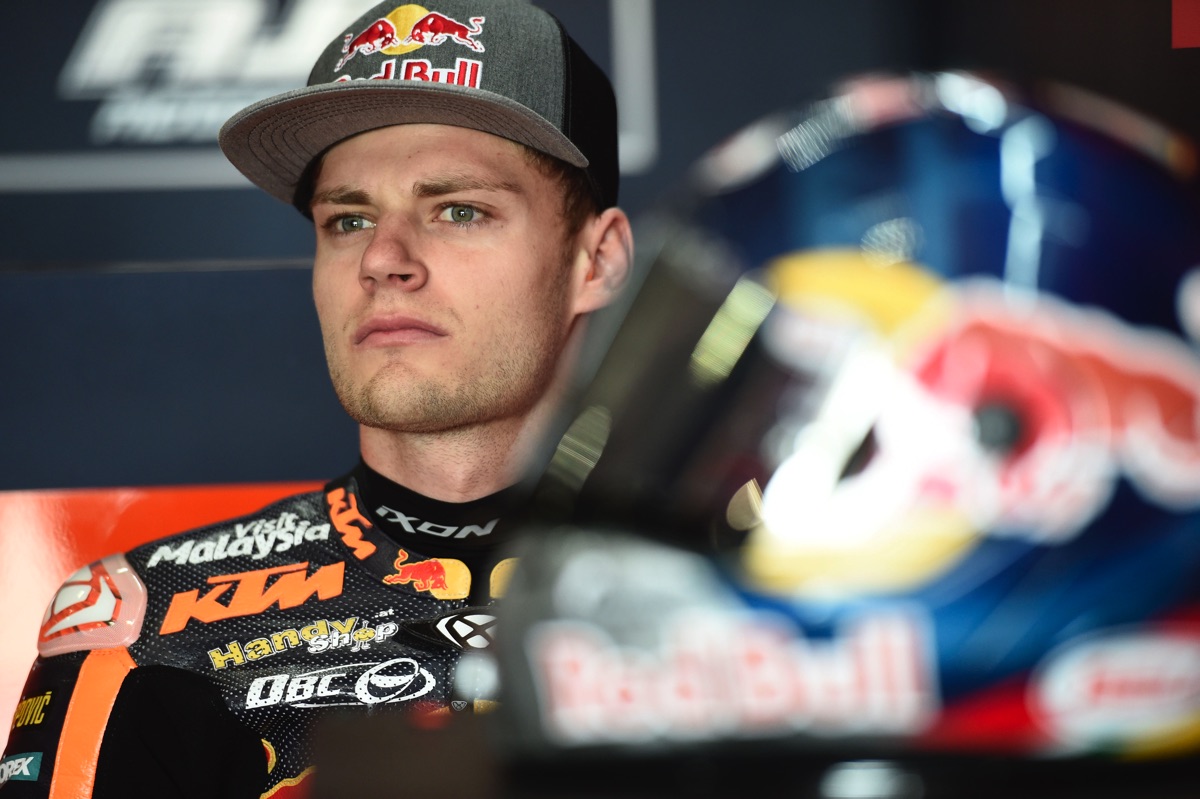 Brad Binder underwent a successful operation on his left arm this Thursday afternoon at the Hospital Universitario Dexeus (Barcelona), required after the South African had experienced discomfort in the radial fracture he had been treated for before the start of the season.

The discomfort felt at the Argentinian GP led to him being examined at the circuit medical centre, where it was confirmed that the bone continued to be broken and that the plate applied to the injury had moved. The procedure on Thursday, lasting 120 minutes, was undertaken by Dr. Xavier Mir and his team.

The original injury had occured in a crash by the Red Bull KTM Ajo rider in preason testing in Valencia in November of 2016. Brad was operated on by Dr. Mir that same week in Barcelona, followed by a further operation in South Africa at the start of this year.

Dr. Mir, Head of Surgery and Microsurgery of the Upper Extremities at the Hospital Universitario Dexeus; Head of Traumotology for MotoGP.
“Today we operated on Brad Binder, who had suffered a loosening of the plate on his left forearm. The operation consisted of three phases: The first, removing the old plate, which had lost the pronator axis. Secondly, we placed a new plate with the correct axis of the radius, so that it could do twisting movements; Finally, a graft removed from his arm to wrap around the old fracture and ensure that the bone heals as soon as possible. He will remain in hospital for between 24 and 48 hours and we believe that he will be able to begin recovery exercises in three weeks.”

The Red Bull KTM Ajo will be unable to participate in the Grand Prix of the Americas, and the evolution of the injury will decide his return date. Despite the problems experienced in the race last Sunday, Brad was able to place in the Top 10 at Termas de Rio Hondo, demonstrating his great progress onboard the KTM Moto2 bike.