Strong start in Mugello for Brad on return from injury 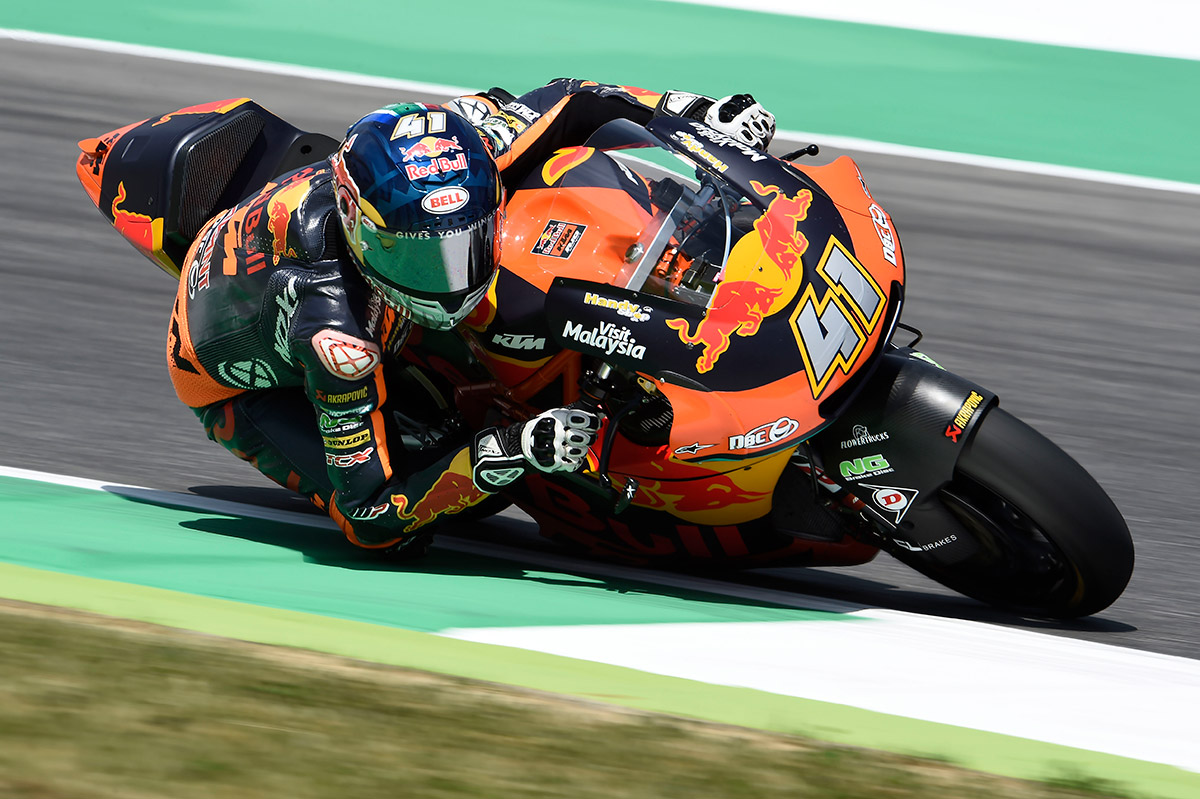 Brad Binder completed a positive first day of practice for the Italian Grand Prix. The South African rider could hardly have made a better return to action, ending the day seventh on the timesheets in the first outing for the KTM Moto2 machine at Mugello. Binder had missed the last three races through injury.

In the morning practice session, the Red Bull KTM Ajo crew were finally reunited with Brad. He made just one return to the pits during FP1, and set his best lap on his last attempt, placing 20th with a 1:54.112. Binder experienced pain in his hand and left elbow, something to be expected after his recent inactivity.

FP2 saw Brad take an important step forward with his KTM bike. Showing a quick adaptation to the Italian track, he lowered his morning time on his first laps. Brad improved his time gradually, to set a 1:52.932 on his second stint and finish the session seventh.

Brad will have one final Free Practice session tomorrow morning, before qualifying at 3:05pm local time.

41 BRAD BINDER
“The first day was very good, although it was very hot. Having injured my arm, I had only been able to do a little cycling bike, run and lift very light weights. Every time I change direction with the bike it hurts a lot, but my arm is doing better than I expected and that’s great. Being the first day back, I think I had some extra motivation after being inactive. Today we tried to assess how things were and do a few laps; on some I could go very fast, but I had a hard time maintaining a steady pace. I did not expect to finish seventh today; This morning I went wrong on the first few laps, but with every lap I felt better and everything went much easier. In fact, I think FP2 was my best practice session since I moved up to Moto2, so I am very happy. We’ll try to keep it up for the rest of the weekend.”