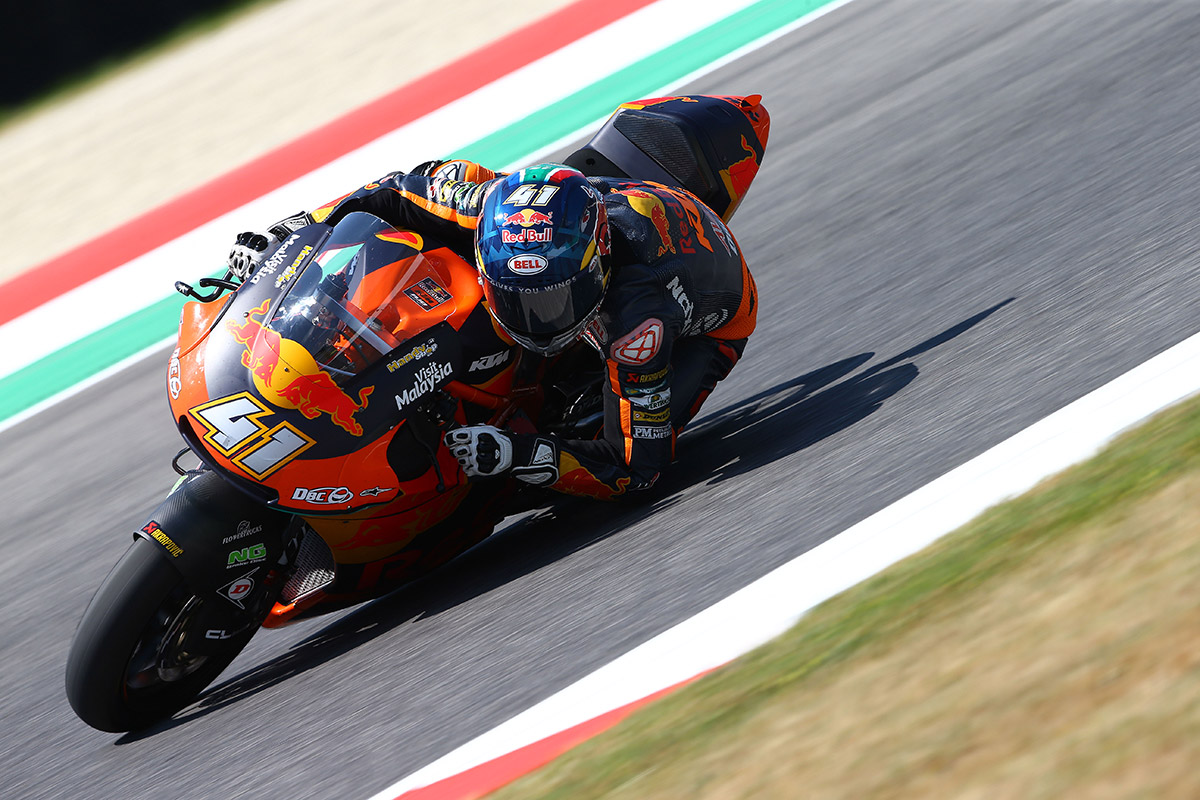 Brad Binder suffered much more difficulty with his left arm in Mugello today after yesterday’s efforts, and had to settle for 24th and a spot on the eighth row on the grid.

Temperatures remained ideal in FP3 for the intermediate class. Both Brad and teammate Miguel Oliveira came out strong in the opening minutes, with the Portuguese momentarily among the Top 5. Brad finally finished up in 21st place -1:53.200-.

As happened yesterday, in the afternoon the asphalt temperature reached a scorching 54ºC. The high temperatures made many of the riders complete their best lap in the early stages of qualifying. That was the case for both Brad and Miguel, who did so in their second run.

Brad, suffering from problems with his left arm, repeated his morning lap time of 1:53.216 for 24th.

Tomorrow, starting at 12.20pm local time, Brad will look for a result that will allow him to leave Tuscany feeling good.

41 BRAD BINDER
“It had been a weekend that was going well. We had made a good start and I felt pretty good. Yesterday I felt that we had improved a lot and that my hand had a good reaction after completing the first few laps. However, this morning I woke up with stiffness and swelling in my muscles and I had to force things with my elbow a lot all day. I ended up with a lot of pain. We knew it could happen and it is normal after the operation. Tomorrow we will try again and we will be stronger all the time.”