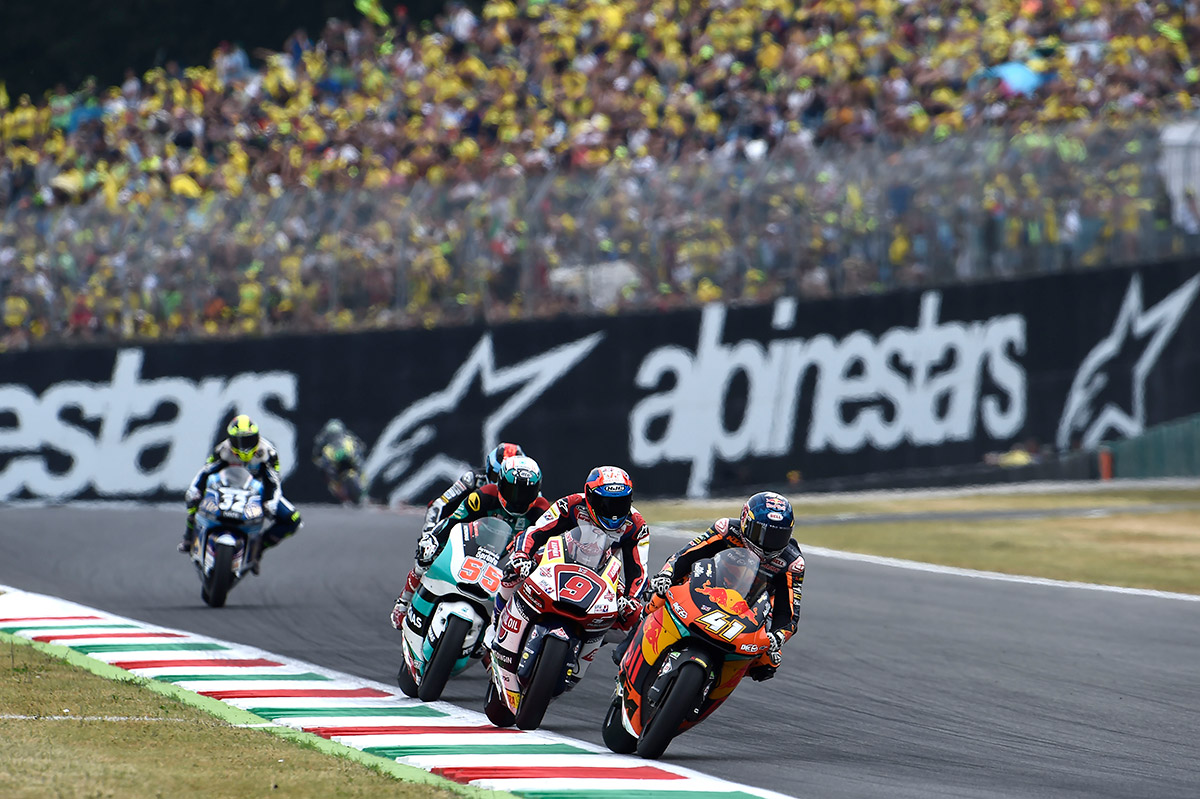 Few imagined that Red Bull KTM Ajo rider Brad Binder would be able to take a tenth position at Mugello this Sunday, after the difficulties experienced by the South African the previous two days.

As it was Brad made an heroic charge to move up thirteen places to finish tenth in an extraordinary performance.

Affected by pains in his left arm, operated on for the third time recently, the South African moved up eight places on the first lap. He continued ascending the order, breaking into the Top 10 on Lap 15.

With the discomfort in his arms increasing, Binder held on heroically to keep tenth place.
After the first Italian round of the season, Brad added a further 6 points to his tally, after taking 7 in Argentina, and is seventeenth with a total of 13.

The next race will be held this coming weekend at the Barcelona-Catalunya Circuit.

41 BRAD BINDER
“Yesterday I had a hard time riding the bike; my arm hurt a lot and I had no energy. Thanks to the team, Doctor Mir, the Clinica Mobile and my physios that have helped me to feel strong and get to the race. Today, I don’t know how, but after 10 laps my left arm was very tired and the effort I had to expend with the right to compensate took its toll on me with 5 laps to go. Having come back from the injury with this result is something to be very happy about. Now I just have to keep working, try to recover the strength in my left arm to be 100% fit as soon as possible.”