Tough qualifying in Catalunya for Brad: “I’ll see how far we can go” 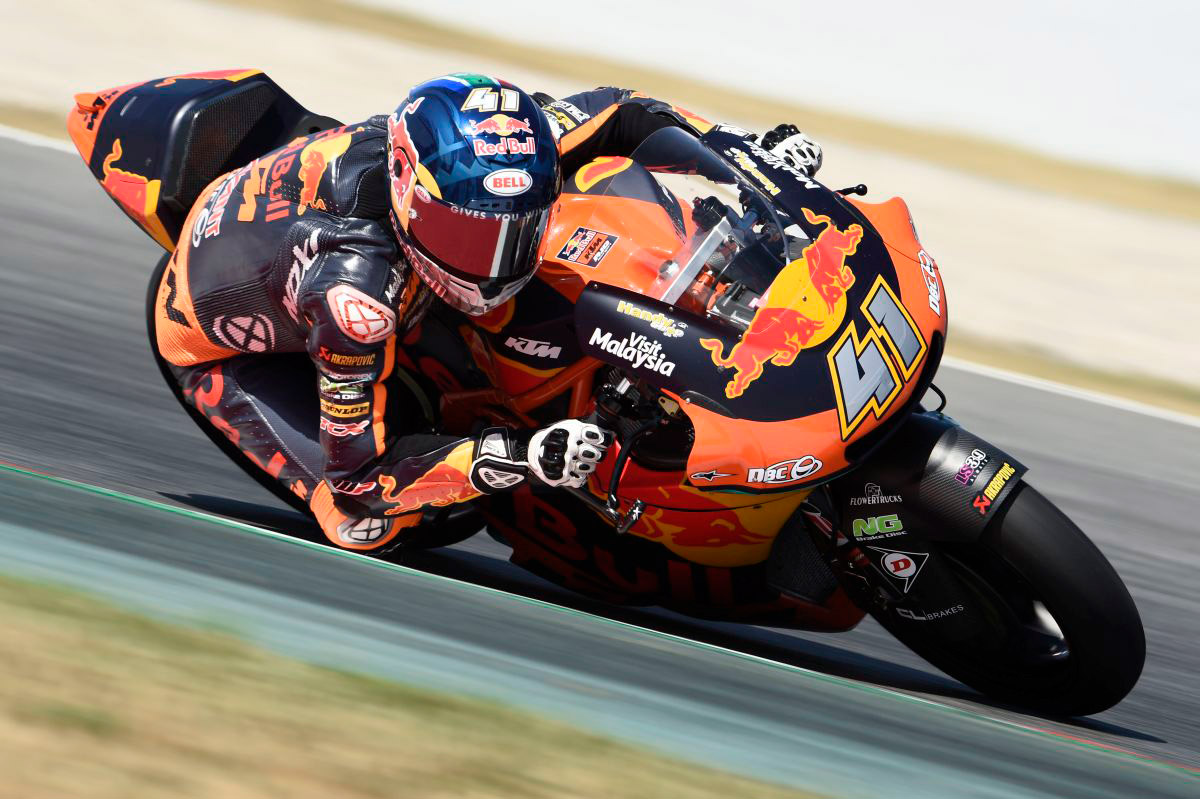 Qualifying for the Catalan GP took place this Saturday, with Brad Binder lining up twenty-first.

The Red Bull KTM Ajo team riders had to adapt to a further change to the chicane on the last sector, which has now has returned to the Formula 1 layout, and high temperatures, and Brad continued to make improvements, despite pain in his left elbow.

Heat at the Barcelona-Catalunya Circuit from the early hours of the morning made things tough for the Moto2 riders. Brad continued adapting his riding to favour his left arm, which is still causing him discomfort, and finished twenty-third -1:51.663.

In qualifying, track temperatures of around 50ºC affected grip levels. Both Brad and teammate Miguel Oliveira had trouble finding their best form. However, they continued to gain confidence on their KTM bikes with each stint, setting their quickest times on their final attempts with Brad finishing 21st with a 1:51.097.

41 BRAD BINDER
“This weekend is much tougher than last weekend, since my left elbow hurts a lot. In addition, I’m also having difficulty finding a good feeling with the bike, especially under braking, as I lack some strength when I enter lefthanders. But I’m happy, because little by little we are improving. I like the new chicane a little more, because it is more normal compared to the layout used yesterday. Tomorrow we are going to have a difficult race, because it’s going to be very hot and that means less traction. Making another comeback like Mugello will be tough, but I’ll stay focused, try to do my job and see how far we can go.”