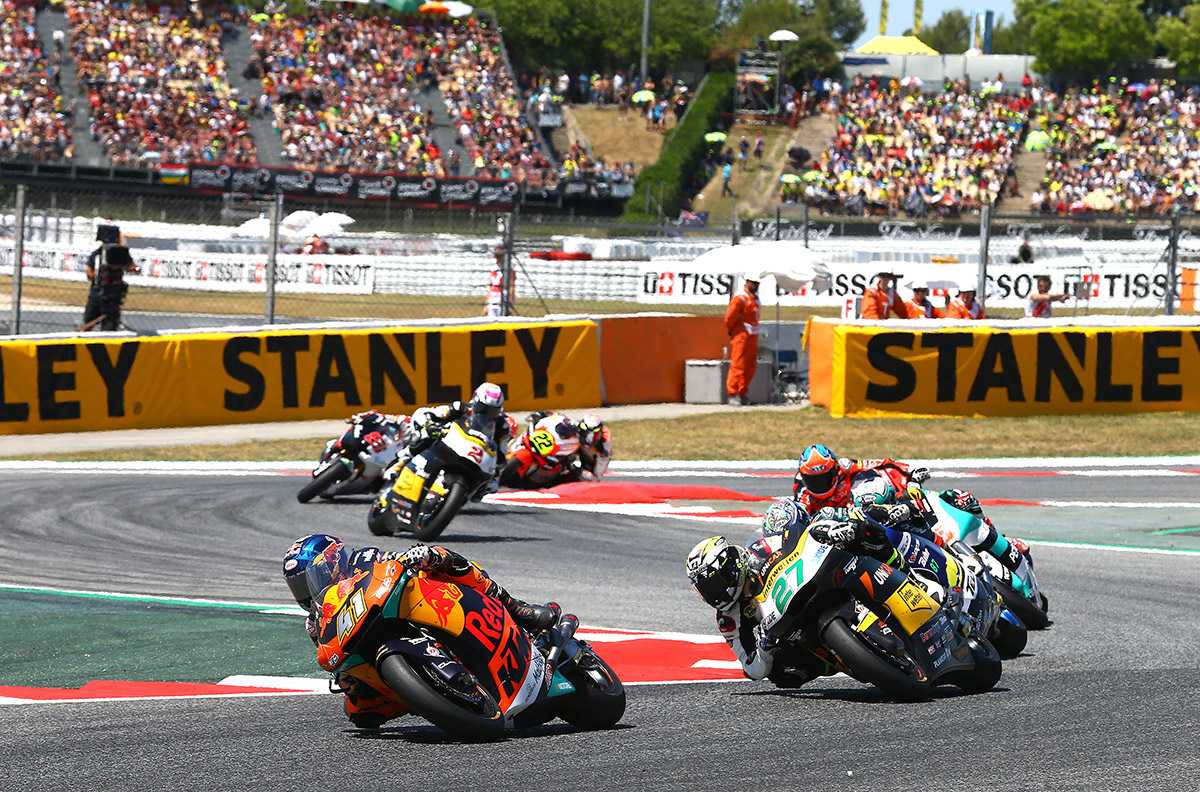 Track temperatures of 50ºC provided a huge challenge to overcome for the Moto2 riders in the seventh race of the year, held at the Barcelona-Catalunya Circuit, where Red Bull KTM Ajo rider Brad Binder fnished eighteenth in another show of improvement as he continues his recovery from injury.

Brad had double difficulty in the race. As well as the suffocating heat, the South African also had to deal with severe pain in his left arm. On this occasion he was not able to repeat his fightback through the field from the Italian GP, but did move up three places from his position on the starting grid.

After these two consecutive weeks of racing, Brad, with 13 points, is eighteenth overall in the Championship. He will remain in Barcelona this week for two days of testing on Tuesday and Wednesday.

#41 BRAD BINDER
“Today was hard, because it was very hot. From the first lap I felt a lot of pain in my arm, and I even tried to adopt a somewhat different position on the bike so that it hurt less. But then my neck, forearm, shoulder and wrist began to bother me. I noticed that everything hurt a lot, and it was very difficult. As much as I tried, I couldn’t stop the bike, and that is one of the things that we have to work on. We can have a bad race or a good race like Mugello, but whatever we do, we need to learn something from it. I know I need to work on the last sector, and it’s something that I will try to improve on in the test we have next week.”