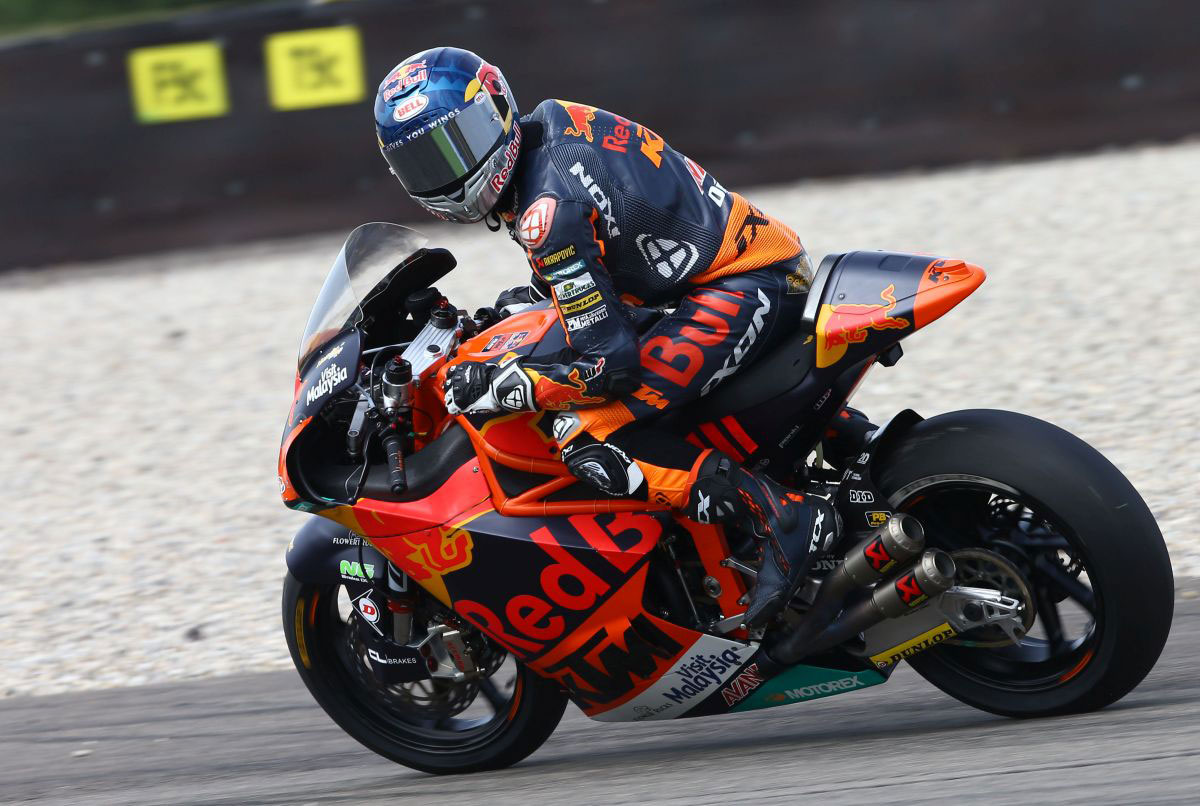 The Red Bull KTM Ajo Moto2 riders fulfilled their first objective on Friday at Assen, verifying the usefulness of the setup they had prepared for the Dutch GP.

At another circuit completely new for the KTM machine, both Brad Binder and teammate Miguel Oliveira completed a positive first day in which they improved their times in each of the two sessions, although Brad – twenty-fifth on the combined timesheet – had his progress hindered by a crash.

Brad had only been able to complete 9 laps of the second session before a crash at Turn 16 – from which he escaped unhurt – 17 minutes before the end left him out for the rest of the session. Nevertheless, he set a new personal best time of 1:39.634, again for 24th.

Qualifying for the Moto2 Dutch GP takes place tomorrow at 3:05pm, in a 45 minute session.

41 BRAD BINDER
“This morning was tricky. Obviously the track is the same, but the way of riding here in Moto2 is very different from Moto3. So it’s almost been like learning the circuit from scratch. The second session was better. I suffered some problems with the gear shifts and it was because I put the bike in neutral that I crashed. It was a stupid crash, but these things happen and there is not much I can do. Tomorrow will be another day: Now we have to analyse all the data and see how high up we can get in qualifying session. A place in the Top 15 will be the main goal.”