Brad makes a positive start to his Sachsenring weekend 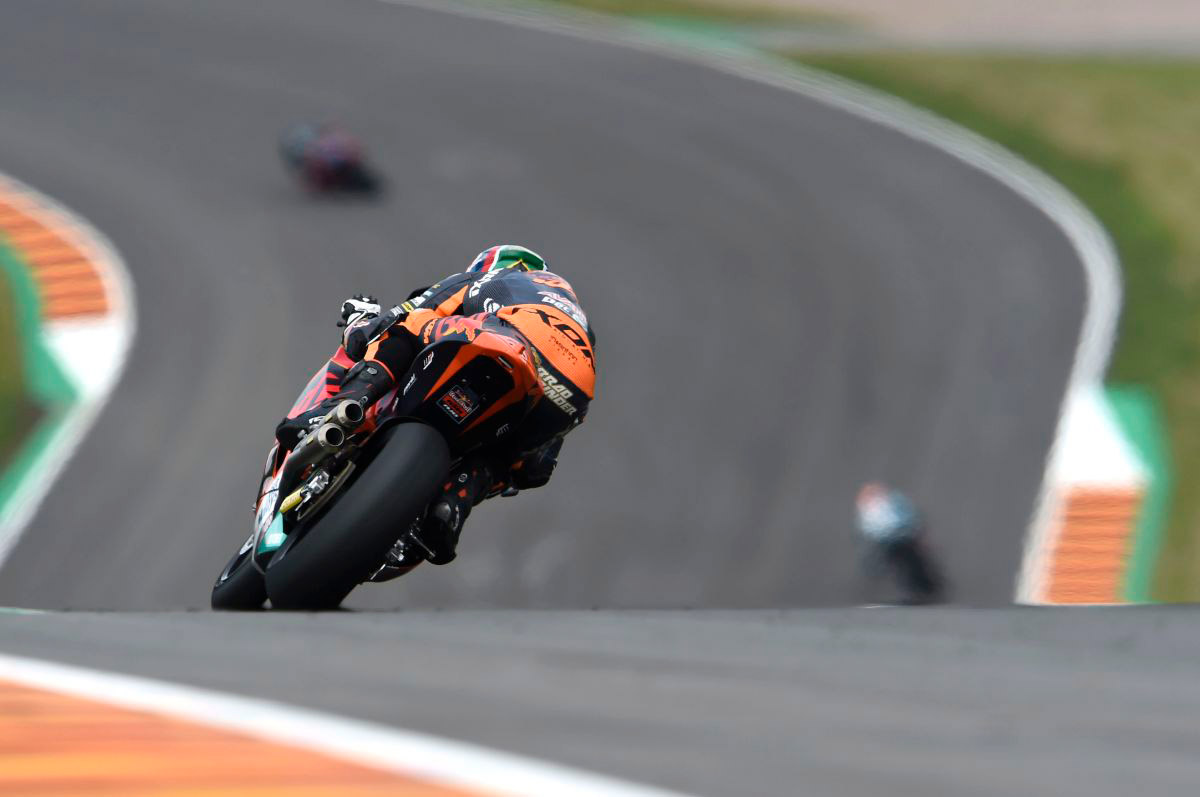 The Red Bull KTM Ajo Moto2 team had a positive first day of action at Sachsenring on Friday. Despite having to face a new circuit for the KTM Moto2 bike, as well as a resurfaced track, Brad Binder continued his learning process in Moto2, rounding off a successful day in eighteenth place.

Brad had a good 1st session, with the sixteenth best lap -1:26.090. Like his teammate, he did not change tyres.

In the afternoon, the rain made an appearance during MotoGP FP2, leaving the track in mixed conditions for the Moto2 field. Brad and teammate Miguel Oliveira went out with wet weather tyres, but soon returned to the garage.

They then waited for the asphalt to dry out to avoid taking unneccesary risks, taking part in only the last 21 minutes of FP2. Brad, 19th with a 1:26.303 lap, clocked his best time on his final attempt.

41 BRAD BINDER
“This first day went well, and in general my feeling was good. We need to be faster, obviously, but I’m satisfied. We missed part of FP2 and we had several things to try. We are trying to improve the front end, because we have some work to do with this aspect. The positive is that I’m getting more and more comfortable with the bike and I’ve started to understand the track a little better.
Looking ahead to tomorrow, I think we can take a big step forward. I hope we can make another move in the right direction and qualify better than at Assen. We are making progress little by little but we are always going forward.”