Brad Binder makes great fightback to 7th at the Sachsenring 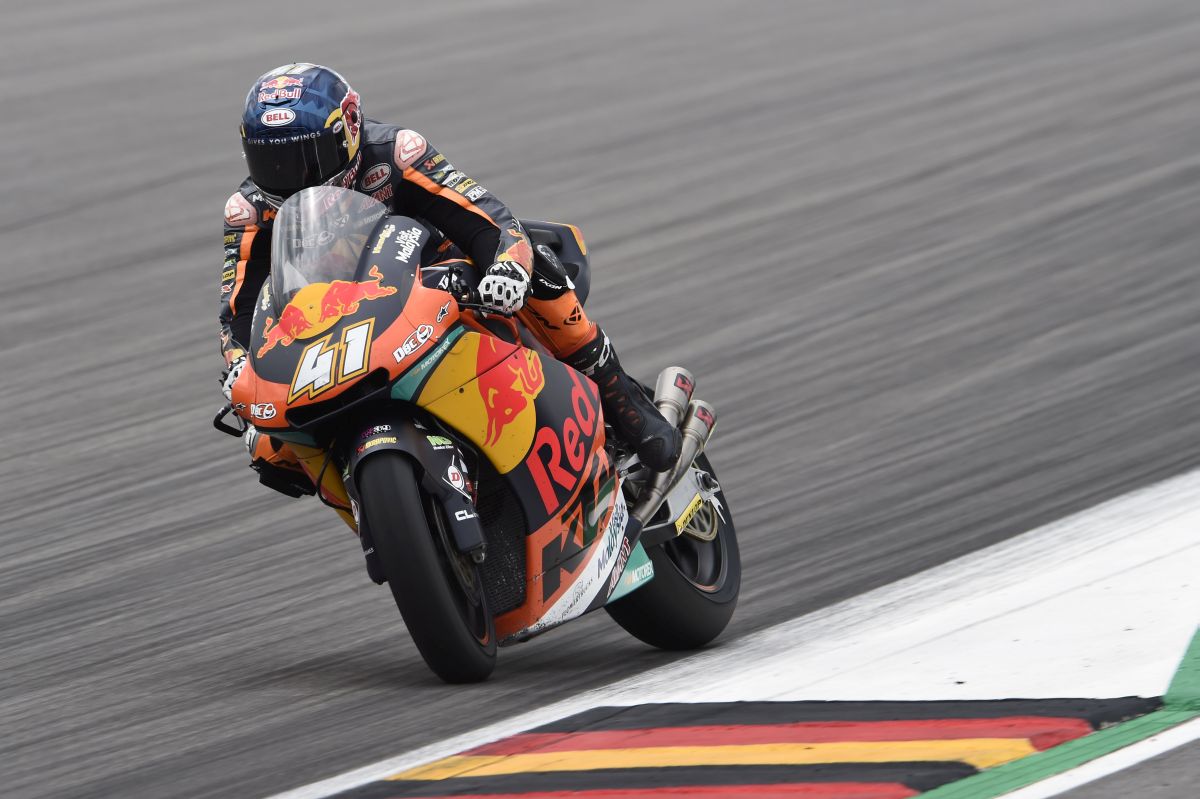 The Red Bull KTM Ajo team rounded off the first half of the Moto2 season in Germany with their best weekend of the year to date. Brad Binder made another magnificent comeback: He moved up from 19th to 7th, taking his best result so far in Moto2 – while Miguel Oliveira fought for KTM’s first victory in the intermediate class, leading the race one lap from the end and eventually finishing second.

Brad had a positive Sunday, after suffering during practice. He took a step forward in the race, after starting 19th on the grid. The South African rider worked his way up to 9th place in the space of just five laps. He would finish 7th after dicing with another rider in 6th place, taking his best result in Moto2 so far.

Halfway through the season, Brad is 17th with 25 points. The Moto2 World Championship now takes a one-month break, before returning to action on August 4th-6th with the Czech Republic GP.

41 BRAD BINDER
“Today went very well. I came into the race with great confidence after the warmup and I thought ‘today could be a great day.’ I pushed my hardest and I took advantage of having a good feeling. At first I found it a little hard, because I was a bit far back, but it’s great to see that I’m also capable of making good comebacks in Moto2 -even if we have to do better in qualifying.
I’m happy because at the end of the race my pace was very good; I just have to work a little on my riding to continue taking steps forward. It’s the closest I’ve finished to the front, so I want to thank my team. The bike was perfect. We will continue to work hard during the break and try to get even stronger.”