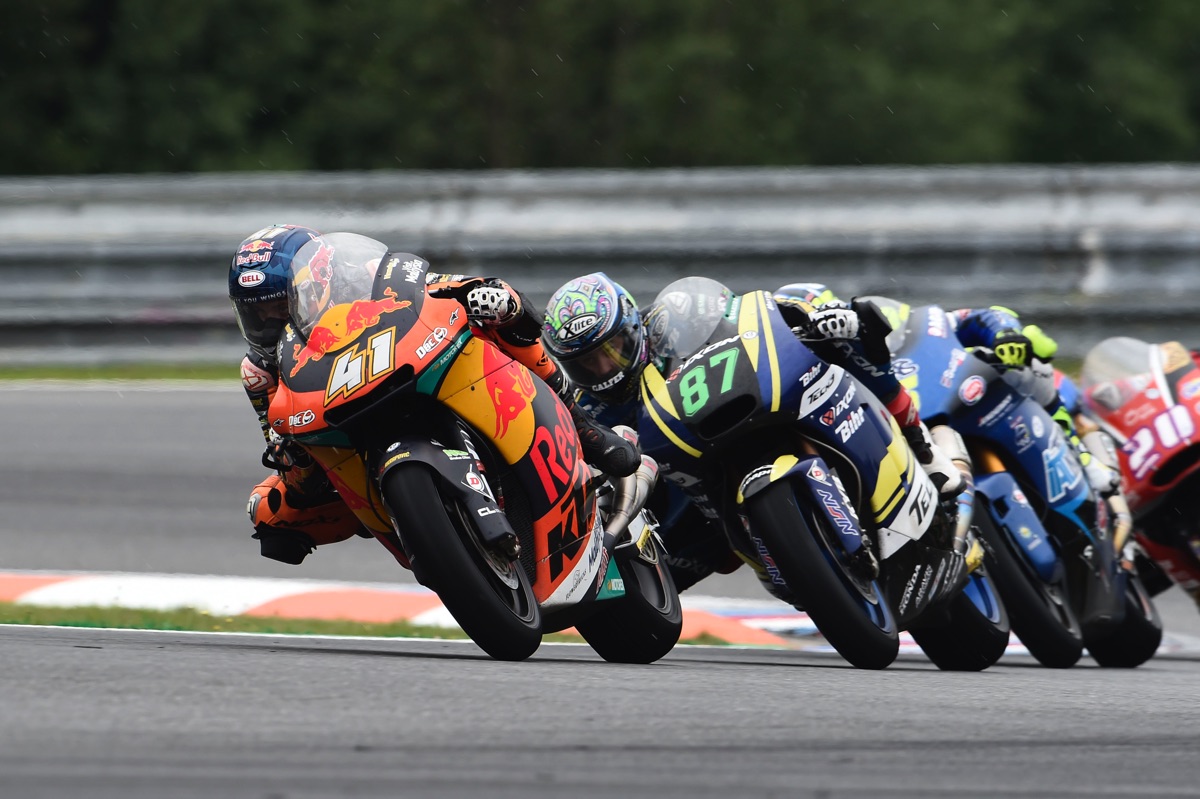 The Moto2 Czech Grand Prix was divided into two parts, the first dry and a final six laps in wet. Red Bull KTM Ajo rider Brad Binder finished twelfth, taking more points for his tally in his rookie season in the class.

The first part of the Moto2 race took place in the dry. Brad and teammate Miguel Oliveira made a great start, but on the eighth lap Race Direction brought out the red flag due to rain.

Brad enjoyed a good first lap after the restart, but a collision with a rival later on relegated him to eleventh place. Immersed in a group of six riders in the fight for eighth position, he eventually finished twelfth.

Brad is now seventeenth in the overall Championship table with 29 points. The next race will be the Austrian Grand Prix at the Red Bull Ring next weekend.

41 BRAD BINDER
“Honestly, in the dry race I felt really good. I knew that if I could keep with the riders at the front during the first five laps I could start to go faster, because with a full tank it was much more difficult. When I latched onto the lead group again I was confident, but then it started to rain and they stopped the race. It was a little disappointing because I had the leader right in front of me. I was only 1 tenth off the fastest lap of the race. I have worked very hard this weekend and twelfth position is not enough for me. The good part is that in the second race I felt good in the rain at first, although contact with another rider made me lose time and go wide. I kept pushing, but I didn’t do it in the right places. The positive thing is that I learned how to handle a Moto2 bike in rainy conditions, because without a doubt I had made many mistakes earlier this season. I am happy; these are not the results that I expected but we will continue working. I think overall it’s been a very good weekend, the best since I’ve been in Moto2. I’m sure we can find a way to get to the front.”