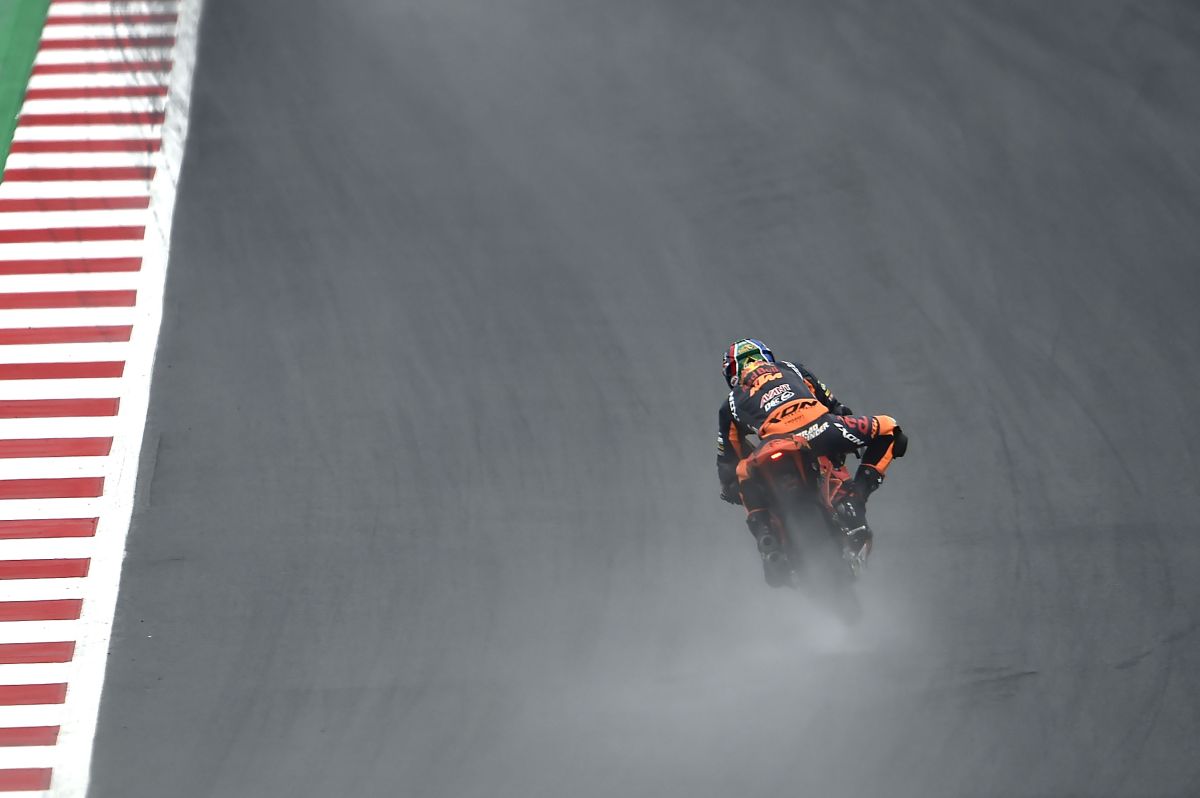 The Red Bull KTM Ajo team made a positive start to the Austrian GP this Friday. The event is considered a home race for the team, due to the location of partners Red Bull and KTM in the country, and thus the Grand Prix is one of the biggest of the year.

Brad Binder had a somewhat difficult adaptation to the Austrian track, finishing 18th.

FP1 for the Moto2 class was barely ten minutes old before it began to rain intensely. Brad lacked track time in his first contact with the Austrian circuit with the Moto2 bike, and was nineteenth with a 1:32.511, and spent the final 17 minutes riding in the wet.

The weather stabilised for FP2, which took place in completely dry conditions. Brad improved his feelings from the morning session, and like teammate Oliveira, his times also fell. Brad was 18th -1:31.305-, only one second off the fastest rider.

After a positive Friday, the Red Bull KTM Ajo team will try to fight for KTM’s first pole position at the Red Bull Ring in Moto2, tomorrow from 15:05 local time.

41 BRAD BINDER
“It’s been a difficult day. We found it hard to get grip, but I think tomorrow it will be much better. In general, all the first days have been difficult this season. Tomorrow I hope to be able to take a step forward, right from the beginning. We mainly have to improve the front, to get a better feeling, stop the bike better and have more confidence when entering corners. We are clear about what we need to do and tomorrow we will put it into practice. It’s been a good experience to celebrate my birthday here, and I’ll try to plan something for when we finish the GP.”