Brad aiming for raceday comeback after tough Qualifying in Austria 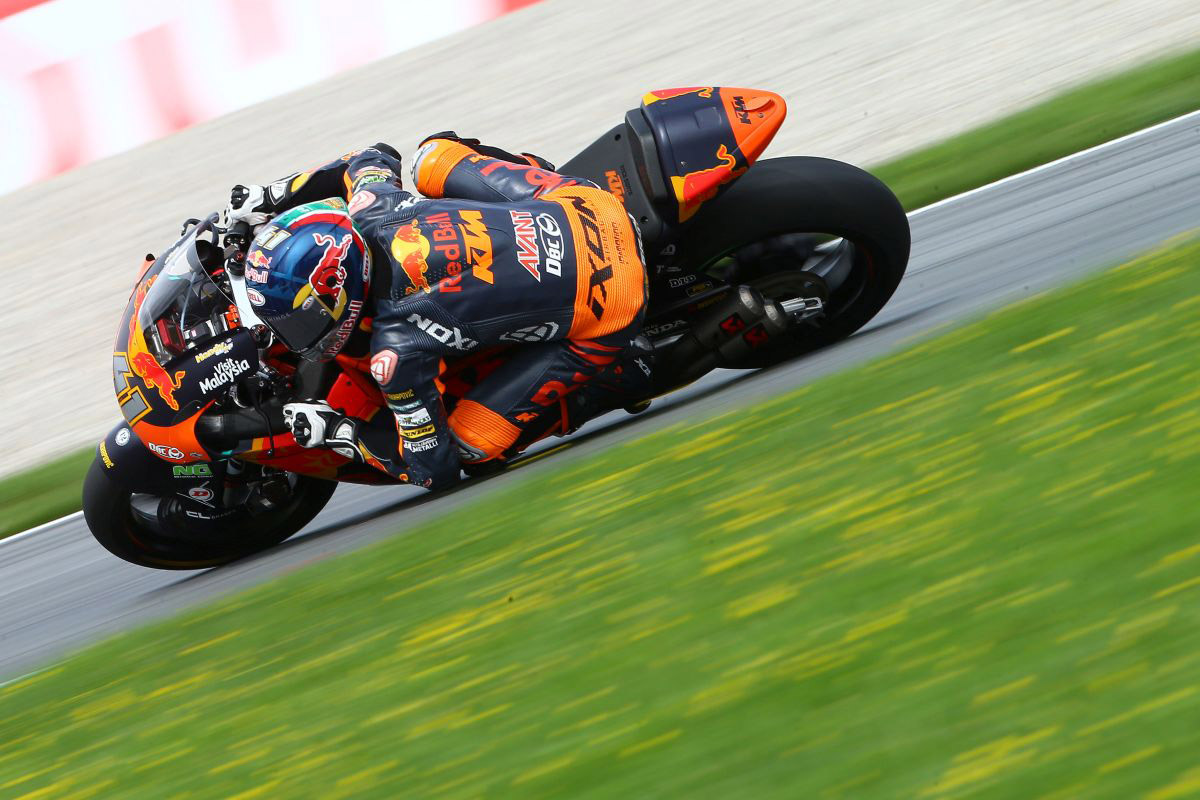 The Red Bull KTM Ajo team continued their preparations for the Austrian GP with Saturday action at the spectacular Red Bull Ring. Brad Binder again improved his times, first in FP3 and later in qualifying, to 18th om the grid, for Round 11 of the season.

Brad lowered his lap times from Friday in the final Free Practice session, despite using the same set of tyres for the entire 45 minutes, setting a 1:30.607 best -seventeenth.

Both Brad and teammate Oliveira continued their consistent improvement in qualifying. Brad clocked a 1:30.286 on his final lap -his best time so far this weekend. He will begin Sunday’s race from the sixth row, in eighteenth place.

The Moto2 Austrian GP begins tomorrow afternoon at 12:20pm, with great expectation for the Red Bull KTM Ajo riders at a home round for partners Red Bull and KTM.

41 BRAD BINDER
“Today was a difficult day. I didn’t feel too comfortable and things didn’t come easy for me. We took too many risks and didn’t reap any reward. In the end, we just have to focus on tomorrow and the race, and I am excited because I think that we are going to have an interesting fight. I am confident that, like at other times this season, tomorrow I will be able to make another good comeback. We will try.”