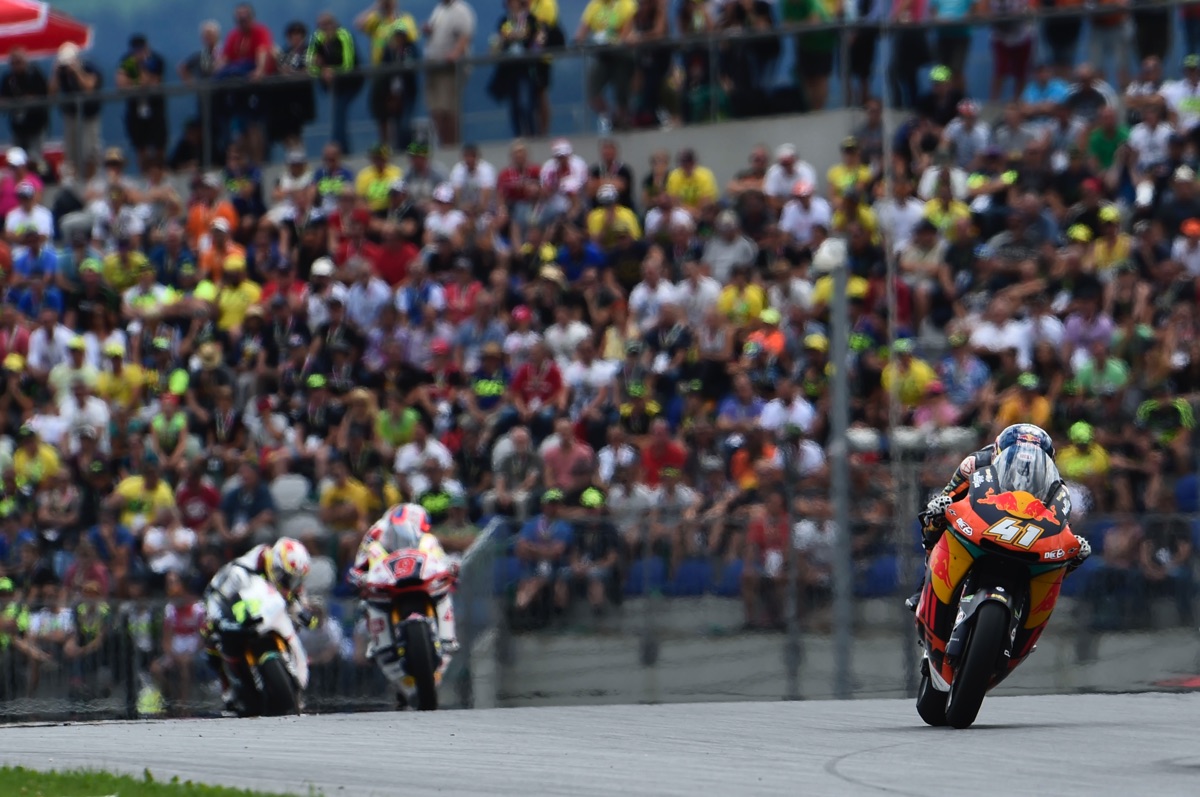 A spectacular start put Brad, who had started from seventeenth position on the grid, alongside Oliveira in seventh place. The Red Bull KTM Ajo riders exchanged positions frequently until the eighth lap, when Oliveira has launched an attack on the podium positions.

With five laps remaining and the Portuguese involved in the podium fight, a nasty crash at Turn 8 ended his race. Fortunately, the accident ended without serious physical consequences for Oliveira.

Brad remained in a third group fighting for sixth position with Takaaki Nakagami. In the end, the South African ended his climb up through the field with a positive seventh place.

After the Austrian Grand Prix, Brad is sixteenth in the overall standings with 38 points. The next race for the Red Bull KTM Ajo team will be at Silverstone, in the British Grand Prix between August 25th-27th. However, tomorrow they will have a day of testing at the Red Bull Ring.

41 BRAD BINDER
“The race went pretty well. I was fortunate to be on the inside of the first corner, so I found myself up in seventh after only one lap. That compensated for the fact that we did not have a good qualifying session, since we started very well. I pushed very hard in the beginning, although later the rear tyre dropped off a little and I made a mistake, so I found it hard to be able to fight with my group again. Overall I’m happy, it’s been a positive weekend and I want to thank my team setting up the bike so well after a crash this morning in the warmup. I’m looking forward to the next race.”