Brad places sixteenth on opening day of practice at Misano 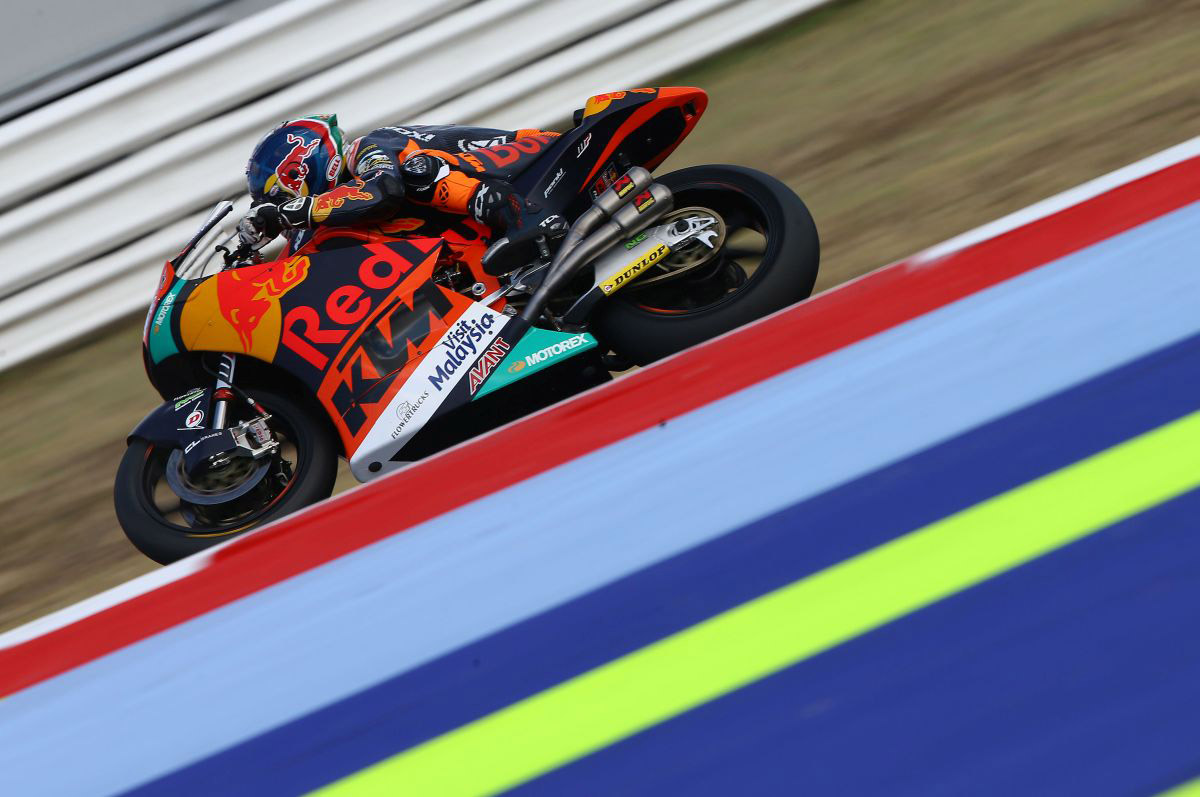 The thirteenth round of the Moto2 World Championship began well for the Red Bull KTM Ajo Moto2 team, with Brad Binder taking strides forward with every lap, to end the day in sixteenth place.

In FP1 Brad and teammate Miguel Oliveira followed different strategies. While the South African -whose best lap was a 1:39.589- chose to make a single pit stop to put in as many laps as possible in his debut outing with the Moto2 at Misano, Oliveira made two trips back to the garage.

In the afternoon session, both riders repeated their tactics and lowered their FP1 times already on their first stint. Brad waited until his penultimate lap to make a push, setting a 1:38.915 lap on fresh tyres for sixteenth.

#41 BRAD BINDER
“At first it was a bit difficult to adapt to the Moto2 bike at this circuit. I had to work hard to find the right lines, but overall the day went well. At the end of FP2 I felt much better, and I began to find my way. Tomorrow we have to improve some things and we can take a step forward; I feel ready for that.
I’m having more problems with new tyres than with the used ones, something that -depending on how you look at it- could be positive in terms of the race, but we will try to improve in any case. We have to keep working a little more on the bike tomorrow and see where we end up in QP. It’s important to get a good position that will allow us to fight as high up the order as possible on Sunday.”