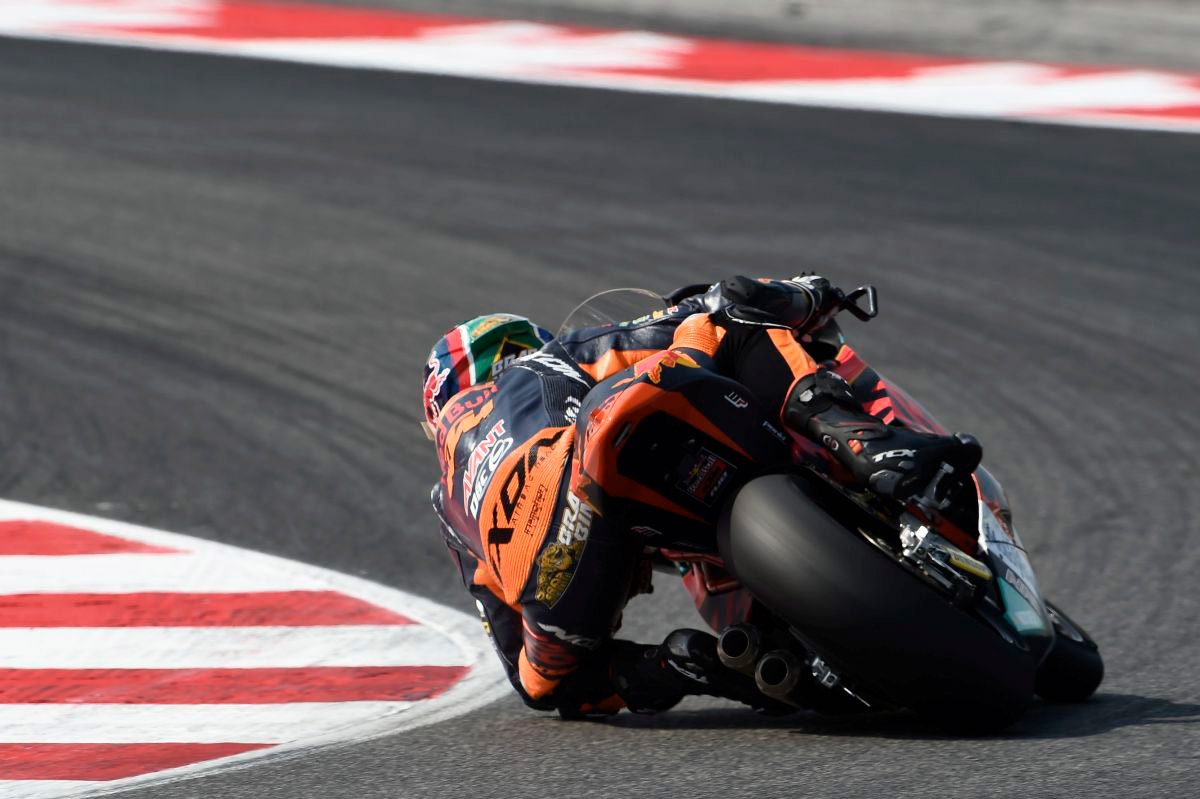 Qualifying for the San Marino GP saw Brad Binder and Miguel Oliveira, the two Red Bull KTM Ajo riders, put in their best laps of the weekend in the Saturday afternoon session, qualifying within 1 second of pole position.

For the intermediate category riders, the last Free Practice session was focused on working with used tyres. Both Brad and Miguel were unable to go faster than they had on Friday, setting their best times in the final ten minutes but with Brad remaining in twenty-fourth with -1:39.169.

The Red Bull KTM Ajo riders both clocked their best lap of Misano to date in the afternoon run to decide the starting grid. On their first run with new tyres, Oliveira and Binder were eighth and seventeenth, respectively.

After a second stint with the same tyres, the pair lowered their lap times on their third run -with a further set of fresh rubber. It was in the last ten minutes that Brad -1:38.333-, confirmed his position on the sixth row.

Tomorrow’s 26-lap Moto2 race will take place from 12:20pm. Brad has previously placed on the podium at Misano in Moto3.

41 BRAD BINDER
“Qualifying didn’t turn out as we had initially planned. I can take away the fact that I don’t have a bad pace and I can ride consistently -although I feel that I’m a little on the limit. We have to change some things with the bike so that I can feel there is more room for improvement. Overall, it’s neither the best, nor the worst result. Tomorrow when the race starts I know that I will be well prepared, and I believe that I can gain positions. I’d obviously prefer tomorrow’s race to be dry, but if it’s wet then it doesn’t change anything; we will give 100% and see what we can do.”