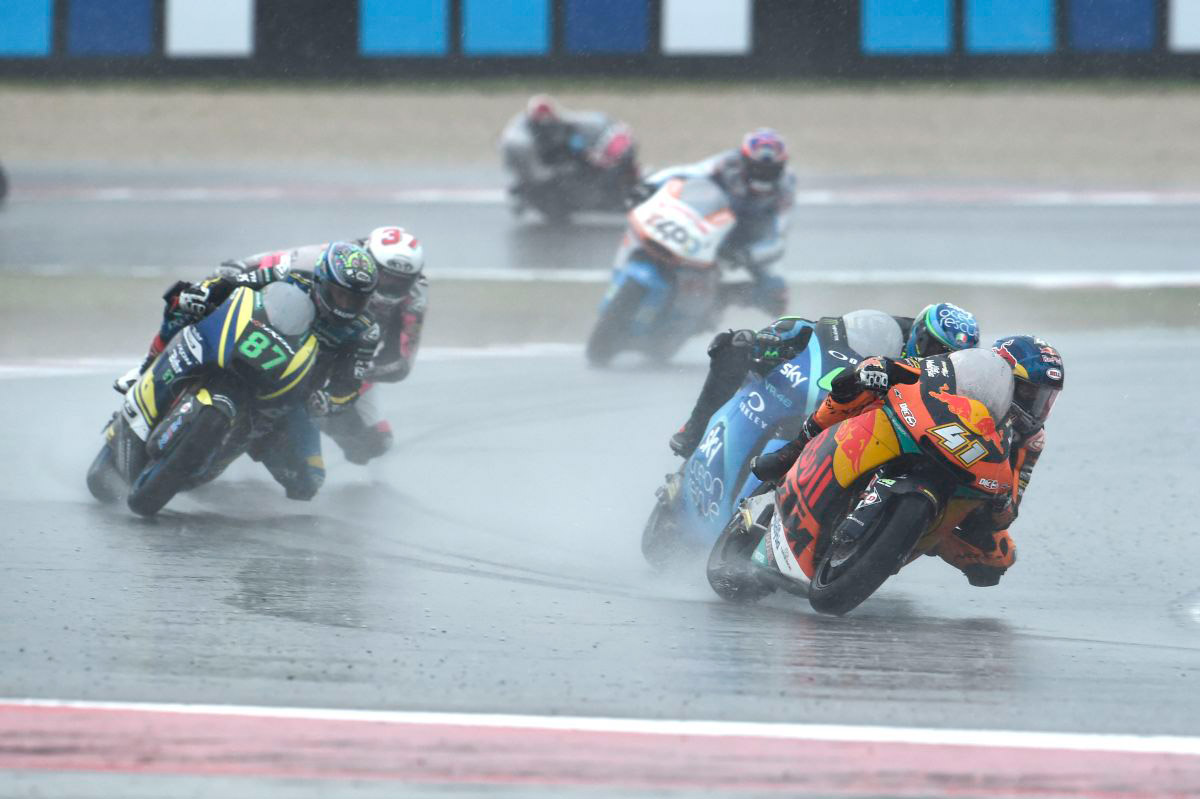 In what has become something of a frequent occurence in the Moto2 class, Brad Binder put in another fantastic comeback at the San Marino GP on raceday.

The South African climbed from 17th to 5th at Misano, in what is his best result in the intermediate class to date. He did so on a completely wet track, with rain falling throughout the race.

Brad appears to be at his best on Sundays in recent Grands Prix, and he provided something special in the San Marino GP. Despite starting from far back on the sixth row of the grid, and having to contest with intense rain, the Red Bull KTM Ajo rider was up into 9th within just five laps, and was 7th before Lap 10.

He settled in that position, riding with an incredible pace, and on the penultimate lap he set the fastest time of the race, to help him climb to an excellent fifth place.

Brad is currently 13th in the World Championship with 56 points. The next round will take place on September 22nd-24th, at a MotorLand Aragon circuit where he was crowned Moto3 World Champion last season. Before that, both Brad and teammate Miguel Oliveira will participate in a private test next week in Valencia.

41 BRAD BINDER
“At the beginning of the race I saw many riders having problems, and it was not something that was reassuring. I also had a lot of difficulties, but when I calmed down I figured out how I could best ride the Moto2 bike in rainy conditions and what points of the track were really slippery. In those areas I tried to keep the bike as straight as possible, and where there was more grip I pushed a little more. Overall, I’m happy, it has been my best result in the class so far and I’ve achieved fastest lap of the race. On the last lap I was very strong, because I wanted to overtake the rider ahead of me. I managed it, and I’m very pleased to achieve this Top 5 we had been looking for.”