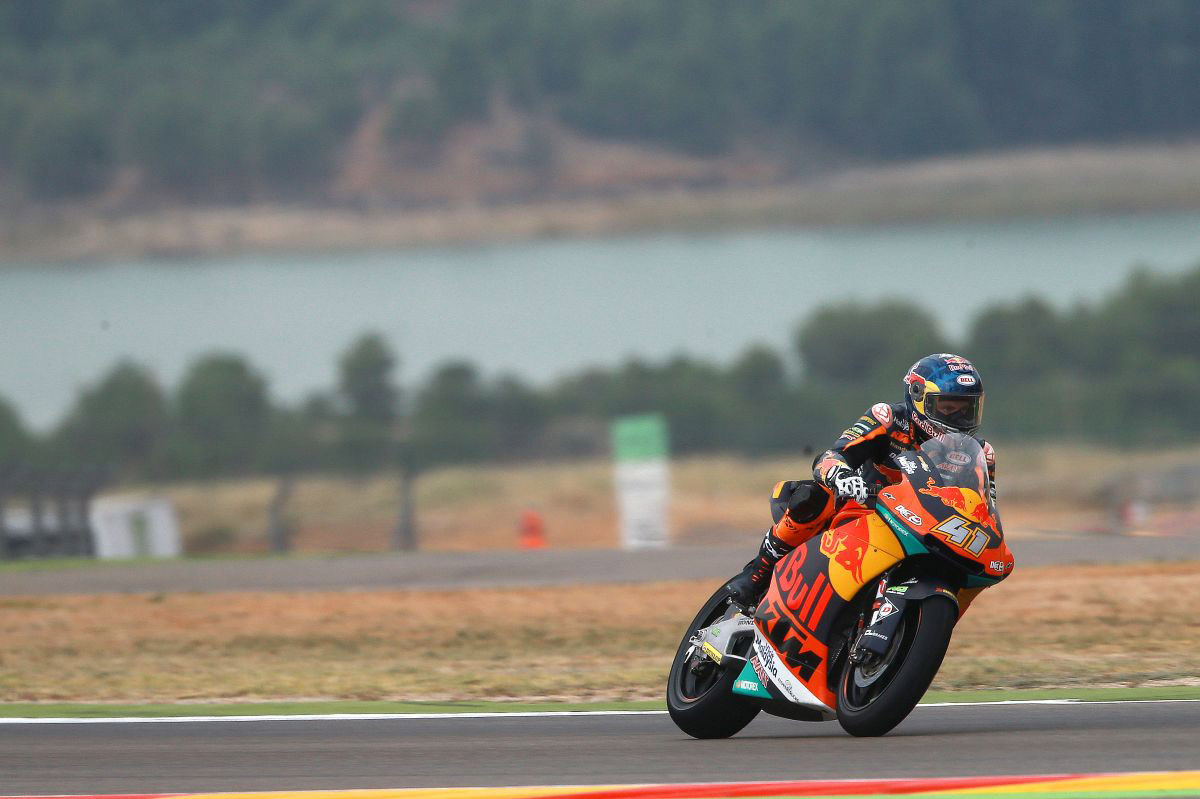 The Red Bull KTM Ajo Moto2 team were in action on Friday at the third Spanish round of the season, the Aragon GP. The day featured demanding mixed conditions, with rain making an appearance in FP1 and FP2 remaining dry. Brad Binder finished 24th in the combined standings.

In the morning session the Moto2 riders ran wet tyres from start to finish, including a last half hour in heavy rain. Brad had a somewhat difficult session and rode conservatively, setting a best time of 2:12.574 for 23rd place on his last outing.

After waiting almost ten minutes in FP2 for the track to dry, the riders went out with slick tyres. Brad had a hard time adapting to the track and had to settle for 24th -1:56.524.

Tomorrow Brad will look for a good result in qualifying, starting at 3:05pm. The best grid spot for either at the Aragon GP is a front row for Oliveira in 2013, with Red Bull KTM Ajo in Moto3.

#41 BRAD BINDER
“Today wasn’t so great a day for us, because we weren’t able to put in many dry laps. It was a little disappointing, because we were really hoping good weather today. It seems as if I’m still finding it hard to adapt to new circuits with the Moto2 bike, so I need more time. In addition, today we went out with a very different setup to that which I had used up until now, and I have to get used to it lap-by-lap. Tomorrow we should have dry conditions. I’m going to give my all to achieve a good position on the grid.”