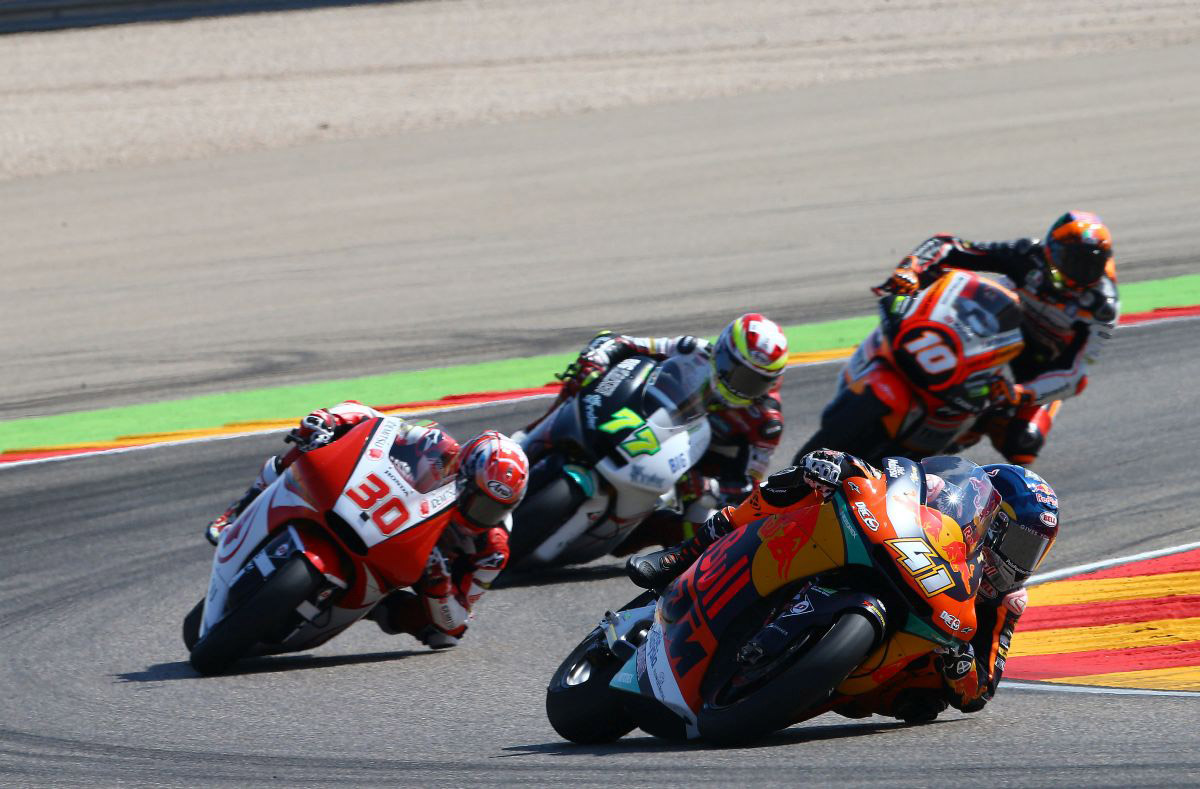 Brad has gained a reputation as the World Championship’s ‘comeback kid’, and he produced another excellent performance this Sunday. Starting from twentieth position, the South African moved up eight places on the opening lap. On Lap 3 he was tenth, and with seven laps left he entered the Top 5. From this moment on, Brad went all-out and pushed for fourth position -which he would eventually miss out on by just 0.150s.

Brad heads into the Asian flyaway rounds, which starts in three weeks’ time tenth -with 67 points- in the overall standings. Before that, both he and teammate Miguel Oliveira will participate in a day of testing at MotorLand Aragon on Monday.

#41 BRAD BINDER
“To start from 20th position of the grid and finish 5th is reason to be more than happy. This morning in the warmup I felt much more comfortable than yesterday; we took a step forward and I went almost 3 tenths faster than in qualifying. Before starting the race I was a bit nervous, because I knew that if I worked hard and everything was perfect, I could have the opportunity to get close to the riders at the front. At first it was difficult because it’s hard to pass riders on the opening corners here, but I was patient and overtook riders steadily.
I can’t thank my team enough for what they have done today. I felt that I had the best bike on the grid. We have a test tomorrow, in which we will try some things and I would like to improve my riding as well; I think we can take another step forward.”