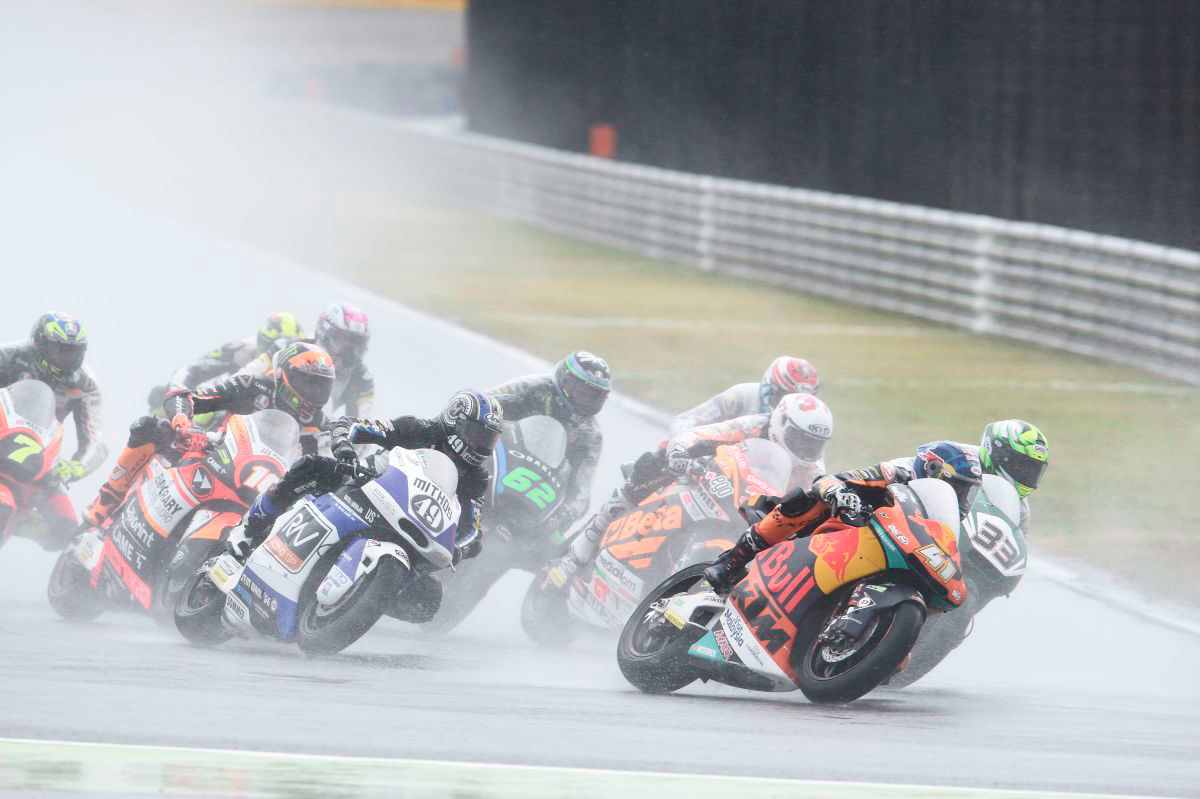 True to the weather forecasts, intense rain played a big part in the action at Twin Ring Motegi on Sunday.

With the track in worse conditions than it previously had been during the weekend, and with the Moto2 race reduced to just 15 laps, Brad Binder was unable to complete the race, despite having made one of his trademark fightbacks to gain 12 places in just eight laps.

The rain failed to put off Brad, who made one of his typical charges through the field from the eighth row of the grid. The South African had reached twelfth position before he suffered a crash at Turn 3 of the eighth lap.

With no time to rest, the flyaway rounds continue next week in Australia.

#41 BRAD BINDER
“It’s been quite a difficult weekend for me. I struggled a lot in wet conditions. I wasn’t able to have a session in which I felt comfortable. I didn’t go too fast, but in the race I gave 110% and I managed to get up to 12th in just five or six laps, despite starting from 24th. I was trying hard and unfortunately I crashed. In the end, I gave everything I had and I never stopped learning; next time I find myself in this situation I will have learned the lesson from this race.”