Brad has positive day one at Phillip Island 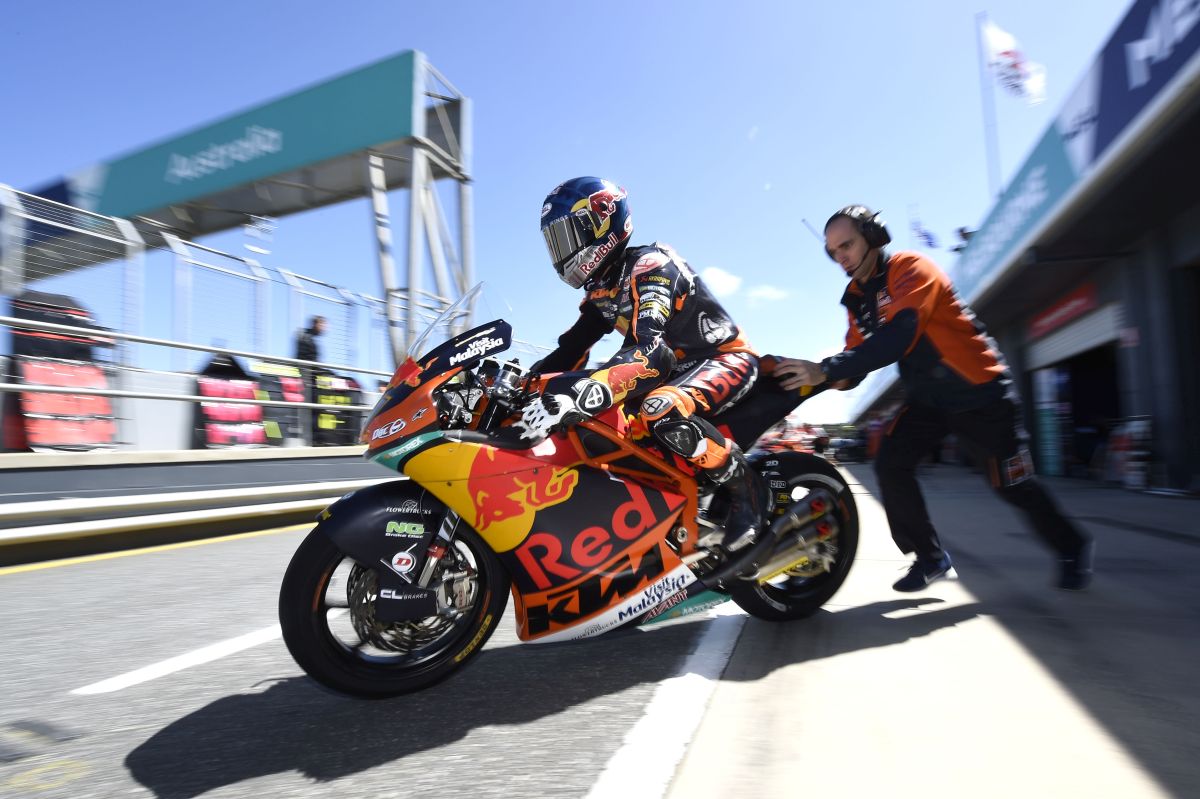 The Red Bull KTM Ajo Moto2 riders went from the heavy rain of Japan to the cold and windy conditions of the Australian GP this Friday. On their first day of action with a Moto2 bike at Phillip Island, both Miguel Oliveira and Brad Binder found a good feeling after the first two Free Practice sessions; the South African improving in FP2 to conclude the day in fifteenth.

FP1 was used by both Oliveira and Binder to undertake their first laps with a Moto2 bike at the Australian circuit. The duo put in the maximum amount of track time possible, making a single stop in the pits and completing 24 and 25 laps, respectively. Brad, in 16th -1:34.781-, took a positive first step at Phillip Island.

The Red Bull KTM Ajo pair have started the afternoon session strongly. In conditions similar to those they had experienced in the morning, both were in the Top 10 during the first ten minutes. Brad was able to set his personal best time of the day in the session with a 1:34.638.

BRAD BINDER
“It’s been a good Friday -I think the best since the second half of the season began. I really enjoyed riding at Phillip Island with a Moto2 bike. I have enjoyed the fast corners much more now with a bigger bike, because the speed is greater. At the end of the day it was very windy, very cold and if you made a mistake you felt the tyres cooling immediately. It’s been a good day and we’ve worked well. Tomorrow we will be ready to continue working hard.”