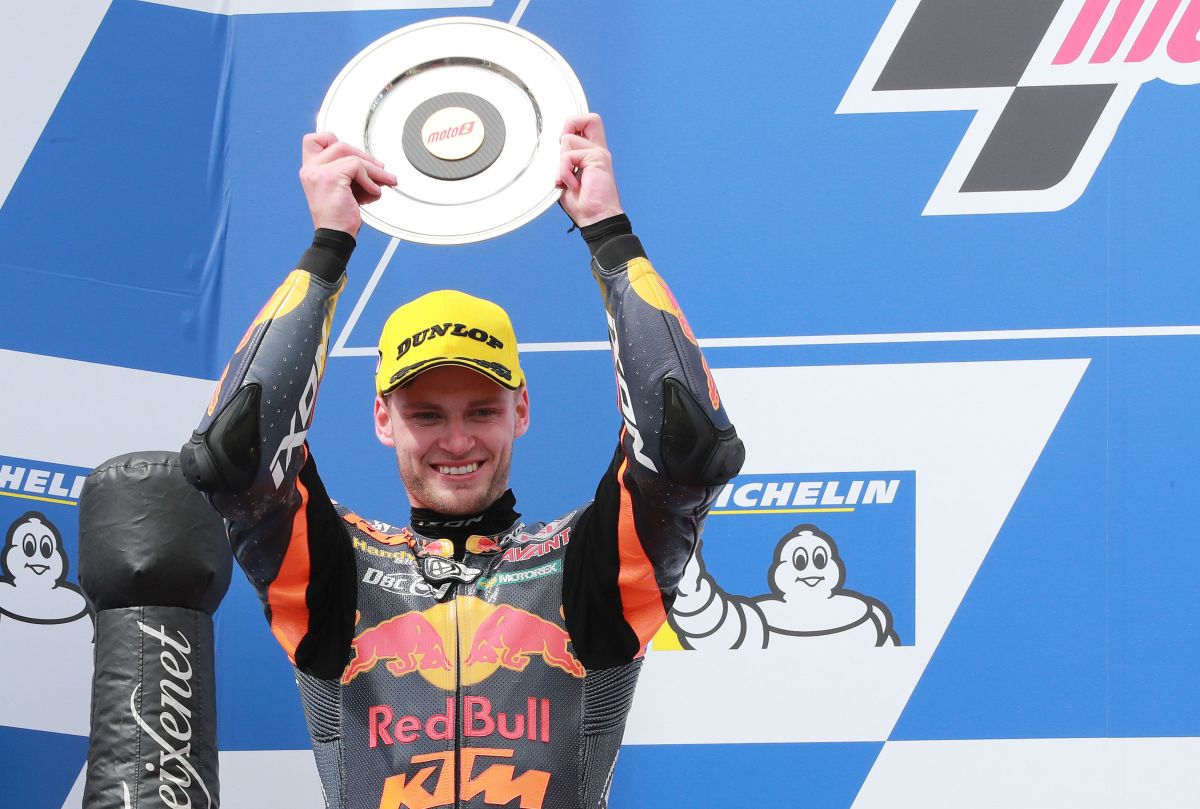 Sunday at the Australian GP could not have gone better for the Red Bull KTM Ajo Moto2 team.

An historic day for the team, the Austrian factory and for Portugal saw Miguel Oliveira take his first victory in the class, giving KTM their first win in their maiden year in Moto2. This great success was capped off by the first podium for Brad Binder, a rookie this year, in second place.

For Brad Binder, the fight for the podium was hugely entertaining. The South African has also made a great start, from fourth place, and was just behind Oliveira in the first sector. From that moment, the South African took second position and became embroiled in a battle with Morbidelli.

With 7 laps remaining, the group contesting second was bulked up, with Binder being relegated to fourth place. A crash for another rider and his coming out on top in the duel with Morbidelli allowed the South African to take second place.

Both Oliveira and Binder riders gain positions in the overall standings as a result of their historic Australian GP. With just two rounds of the season remaining, Brad Binder enters the Top 10 in his first year in Moto2 -89 points.

41 BRAD BINDER
“It’s really been great to get on the podium. Throughout the weekend, from the first lap I went out on track, I felt very good, and I just tried to put in as many laps as possible on the bike. Early in the race I tried to do my best and I was up there with Miguel [Oliveira], but he had a very good pace and didn’t make any mistakes. Then I started fighting with Franco [Morbidelli] and with Nakagami, and the race became really tight. On the last few laps I started to feel stronger and in the end I was able to fight. Getting second position makes me very happy. I want to thank the team for all the work they have been doing this season.”