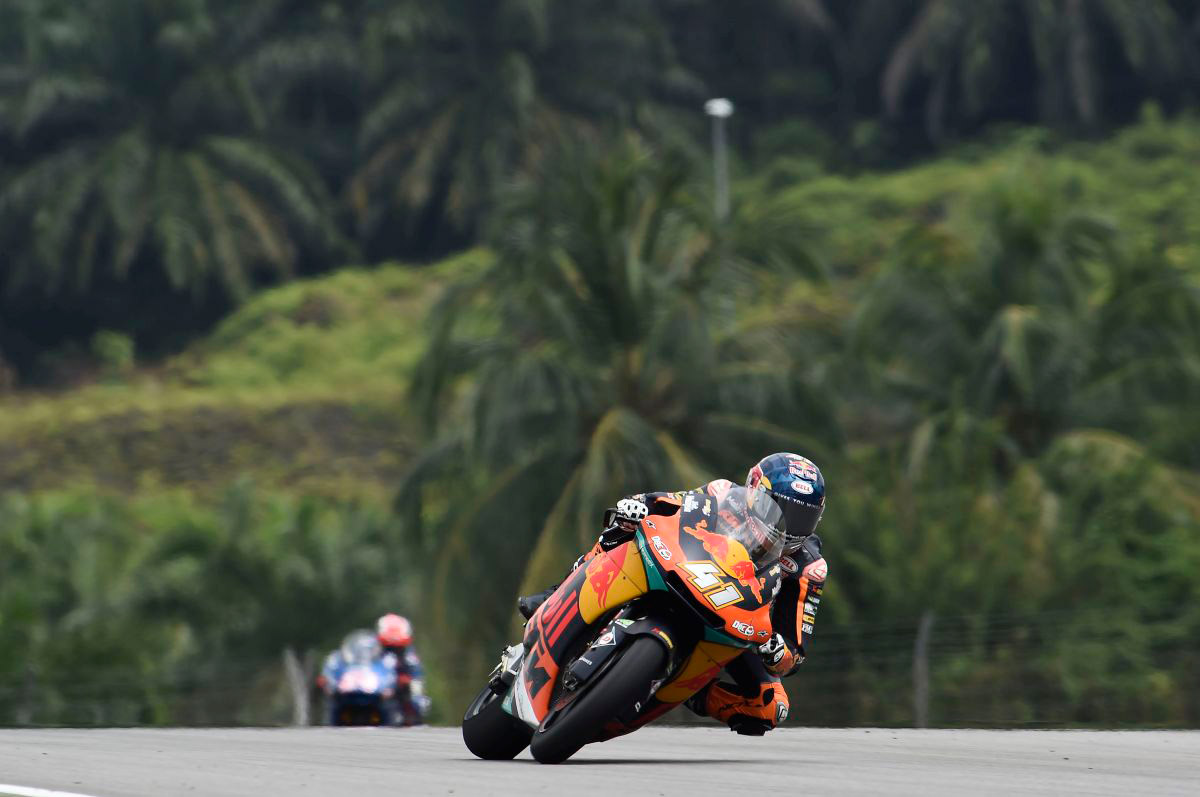 Brad Binder will start the Malaysian GP from the third rows. After reaffirming his good feeling from Friday by placing inside the Top 5 in the last Free Practice session, the Red Bull KTM Ajo rider finished the job by taking a very good position on the grid in qualifying. Brad, in eighth, took his second best result to date in a Moto2 qualifying session.

Knowing that dry track time in Malaysia is invaluable, the Red Bull KTM Ajo Moto2 riders made the most of their last 45 minutes of Free Practice. Brad was fifth, clocking his best lap of 2:06.872 on his first stint. Meanwhile, teammate Oliveira improved on each of his three runs and a time of 2:06.698 placed him third.

In qualifying, high ambient temperatures reaching 32ºC meant the Moto2 riders looked to set their fastest laps as early as possible. Brad was able to lower his fourth lap time on his final attempt, shaving a few thousandths of a second off his 2:06.909 lap but remaining eighth.

#41 BRAD BINDER
“Today went much better than yesterday. This morning, from the first stint, we maintained a very steady pace and I felt very strong on the bike. In the afternoon, in qualifying, I felt really good on the bike and everything was very easy. On the last lap I was giving it 110%, but on the first sector I slowed down a little -although I was able to recover and set my best time at the end. I’m happy to be starting from eighth. I would have liked to have started a little further forward, but it’s much better than 20th, as I was used to placing this season. We have a very good pace and tomorrow in the race I will try to give my all from the beginning.”