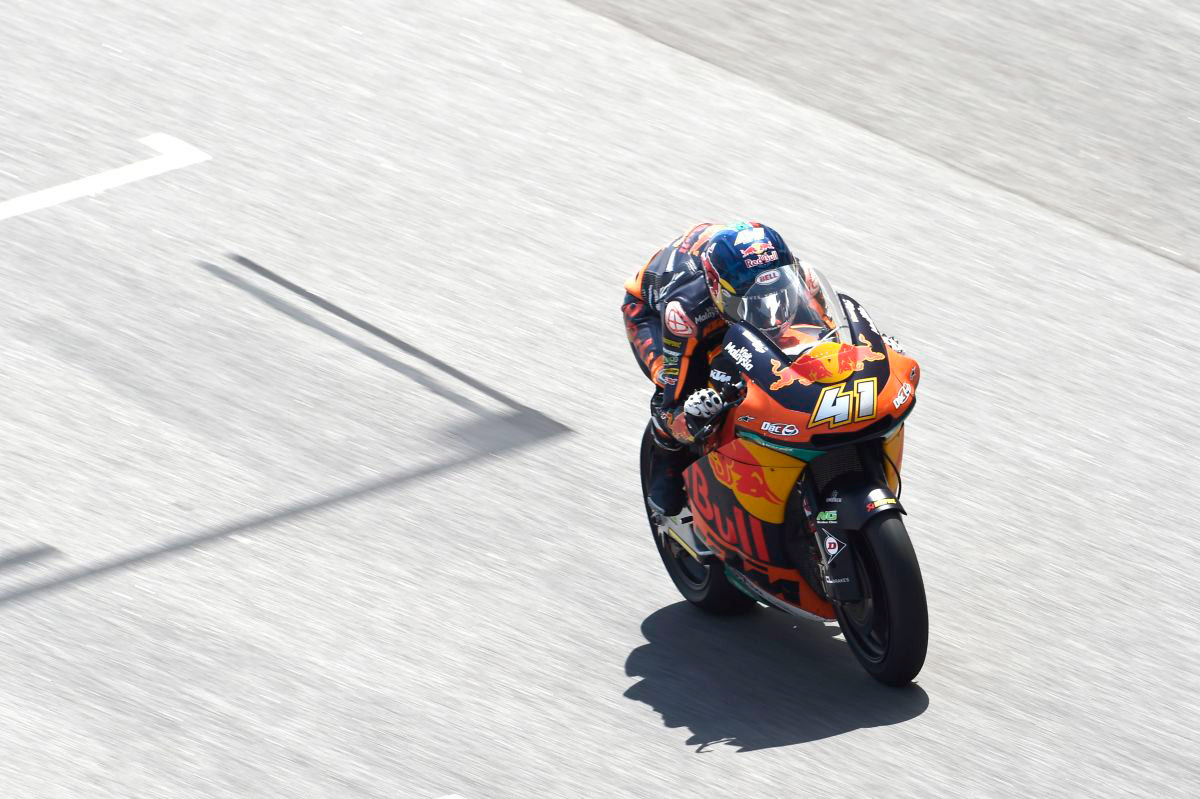 Red Bull KTM Ajo riders Miguel Oliveira and Brad Binder repeated their Moto2 one-two from the Australian GP at the penultimate round of the season in Malaysia, with Oliveira winning the race at Sepang. Amidst intense heat and with the complication of fine rainfall on the final laps, the pair held on for another remarkable result.

Brad Binder had a somewhat difficult race. From the start the South African was part of the chasing group, along with two other riders fighting for second position. As the laps went by, he stuck on the wheel of newly crowned World Champion Franco Morbidelli until he saw the flags indicating rain.

Given the possibility of the race being cut short, Brad took a risk and passed the Italian for his second consecutive runner-up spot. Coincidentally, the Red Bull KTM Ajo riders both took this same result two years ago in Sepang, when part of the structure’s Moto3 team.

With this excellent end to the flyaway rounds, Brad continues climbing positions and is ninth in the overall Championship standings with 109 points. The final race of the year will be take place on November 12th in Valencia.

#41 BRAD BINDER
“At first, during the opening three or four laps, I didn’t feel too comfortable. But little by little I felt stronger as the race progressed; my bike was amazing and I have to thank my team for that. When I saw that it was beginning to rain, I told myself that I had to give everything and get away from Franco [Morbidelli]. To finish second is incredible: I want to thank my team again for all the effort they’ve put in, and I’m looking forward to Valencia.”